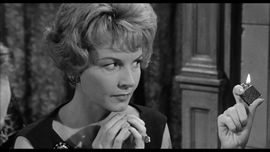 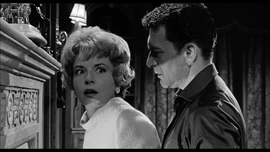 One of the lesser-seen crown jewel of 1960s horror cinema, Burn, Witch, Burn has long been a title monster movie fans have championed since its inclusion in several influential books about the genre written in the '70s (most notably William K. Everson's Classics of the Horror Film). Despite its pedigree and reputation, it's been a strangely challenging film to find for years, often flown under the radar on various home video formats and rarely showing up on TV; as a result it remains something of a hidden secret waiting to be discovered by each new generation.

Drawing a certain Val Lewtonesque inspiration from films like Cat People and Curse of the Demon, the film boasts an excellent screenplay by regular The Twilight Zone scribes Richard Matheson and Charles Beaumont, adapted from Fritz Leiber's novel Conjure Wife (filmed before this as Weird Woman for the Lon Chaney, Jr. Inner Sanctum series for Universal, and later very loosely as the supernatural comedy Witches' Brew). Presumably cast on the basis of his unforgettable silent turn in the previous year's classic ghost story The Innocents, Peter Wyngarde stars as the 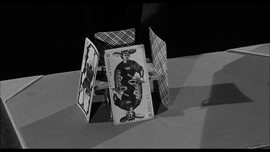 aggressively skeptical college professor Norman Taylor, who preaches to his students that belief in any supernatural forces is utter nonsense. His successful career causes some tension with his colleagues, 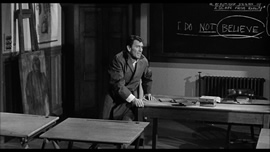 with whom he spends some social time and card games along with his wife, Tansy (Blair), whom he discovers has been using magic talismans to protect him and make him successful at work following some dabbling in the occult when he was injured in Jamaica. Enraged, Norman destroys her protective charms around the house, much to her distress... and soon he's beset by dangerous near accidents and a string of misfortunes in his job, including a damaging accusation by one of his students. However, that's just the beginning as the couple is drawn into a dark plot involving black magic that might claim their lives...

A perfectly paced chiller, Burn, Witch, Burn (originally filmed as Night of the Eagle by Independent Artists in the U.K.) was slightly doctored upon its American release by AIP complete with a new prologue about protection from supernatural evil delivered by Paul Frees over a black screen, along with new opening titles (featuring a painting of a female eye) and closing title card. Otherwise AIP left it alone, which was a wise move 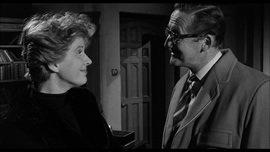 as the film works perfectly as is. The final 15 minutes in particular delivers one of the most memorable climaxes of the era with Wyngarde facing an increasingly nightmarish adversary on the school campus at night, resulting in at least one magnificent jump scare that still packs a punch. Director Sidney Hayers demonstrates a surprising amount of visual flair here compared to his previous horror film, 1960's 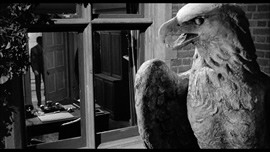 lovably garish Circus of Horrors, and the attempts to pass off a cast of Brits (apart from token American star Blair) as American faculty and students a la Horror Hotel gives the whole film a weird, disconnected vibe right from the outset. Both of the leads turn in fine jobs, though they're nearly eclipsed by Margaret Johnston in a scene-stealing supporting role that's not easily forgotten.

For some reason Burn, Witch, Burn was barely seen at all when the AIP library passed to Orion Pictures in the 1980s, though it did finally turn up on laserdisc through Image Entertainment in 1995 as a 1.78:1 letterboxed transfer with a fine audio commentary by Matheson, who recalls collaborating with Beaumont and going through the adaptation process in great detail. After that it disappeared again for several years before turning up as an MGM manufactured-on-demand DVD-R title, while Optimum released the original British version on UK DVD in 2007 complete with the British certification card and opening and closing titles. 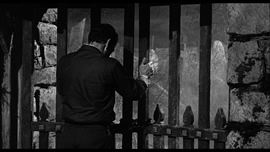 However, the best option by a long shot is the 2015 Blu-ray release from Kino Lorber, which uses a recent MGM HD master to provide the most satisfying visual presentation of the film to date. The blacks are exceptionally deep and rich without becoming muddy, and the delicate lighting looks fantastic throughout with a major increase in 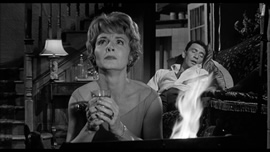 detail from start to finish. A handful of what appear to be second unit shots have some specks and scuffing, but that's been the case in past versions, too, and it's not a major issue. The DTS-HD MA English audio sounds great with some nice, rich bass during the final half hour. (It's a shame no one's tried to cook up an optional 5.1 mix for this film yet, since the separate music and effects track still survives; if ever a film could scare you out of your seat with a surround mix, this is the one.) The Matheson commentary is finally revived here for the first time in two decades, and the theatrical trailer is included as well. Completely new here is a 24-minute video interview with Wyngarde, a fascinating figure in the fantastic genre who hasn't received as much coverage as he deserves. He talks a great deal about working on this film and his professional relationship with Blair, but he also touches on several of his other significant roles for both film and TV including everything from Jason King to Flash Gordon. Essential viewing, preferably with all the lights turned out and the volume cranked way up.