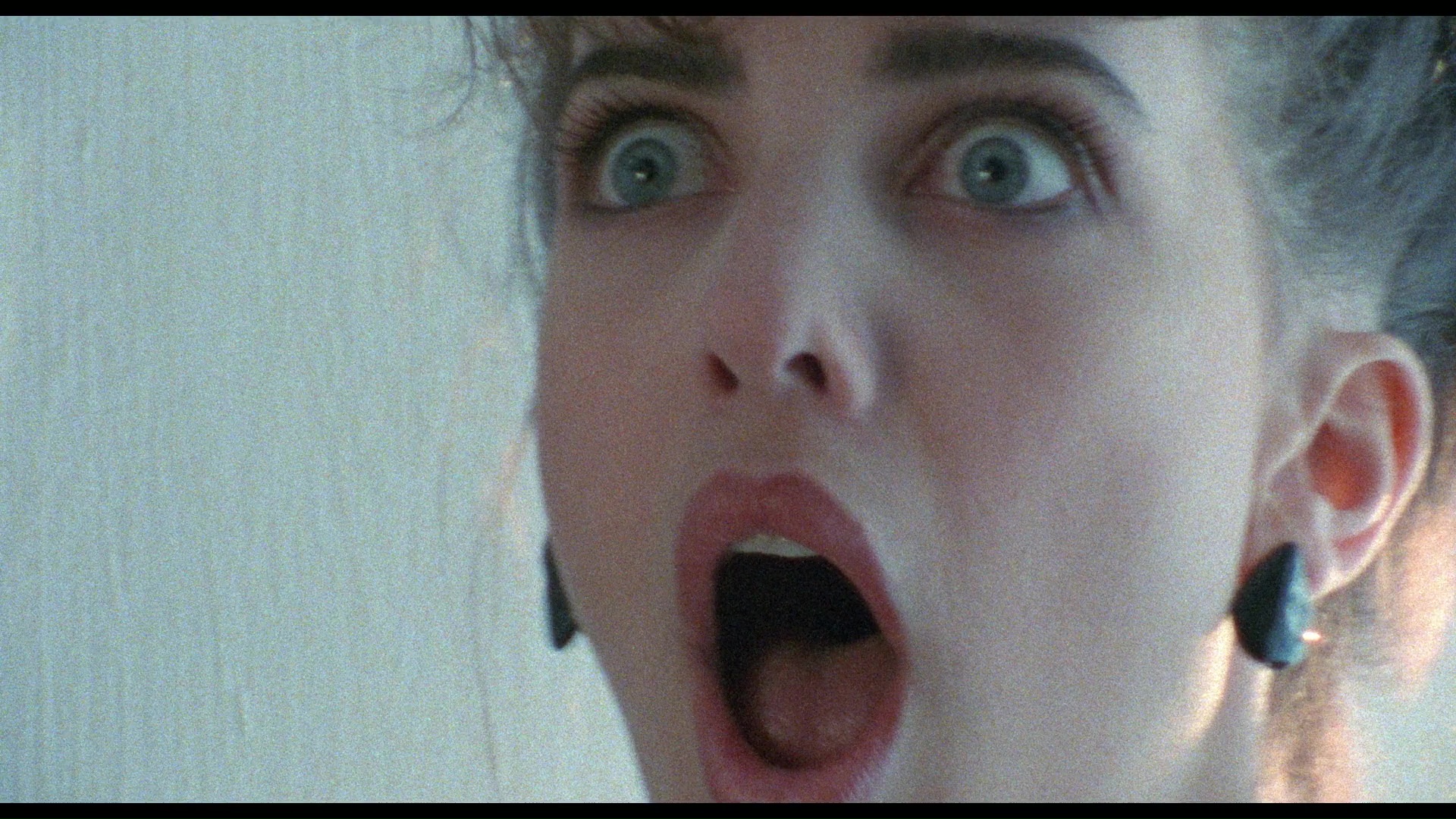 as a slasher film but 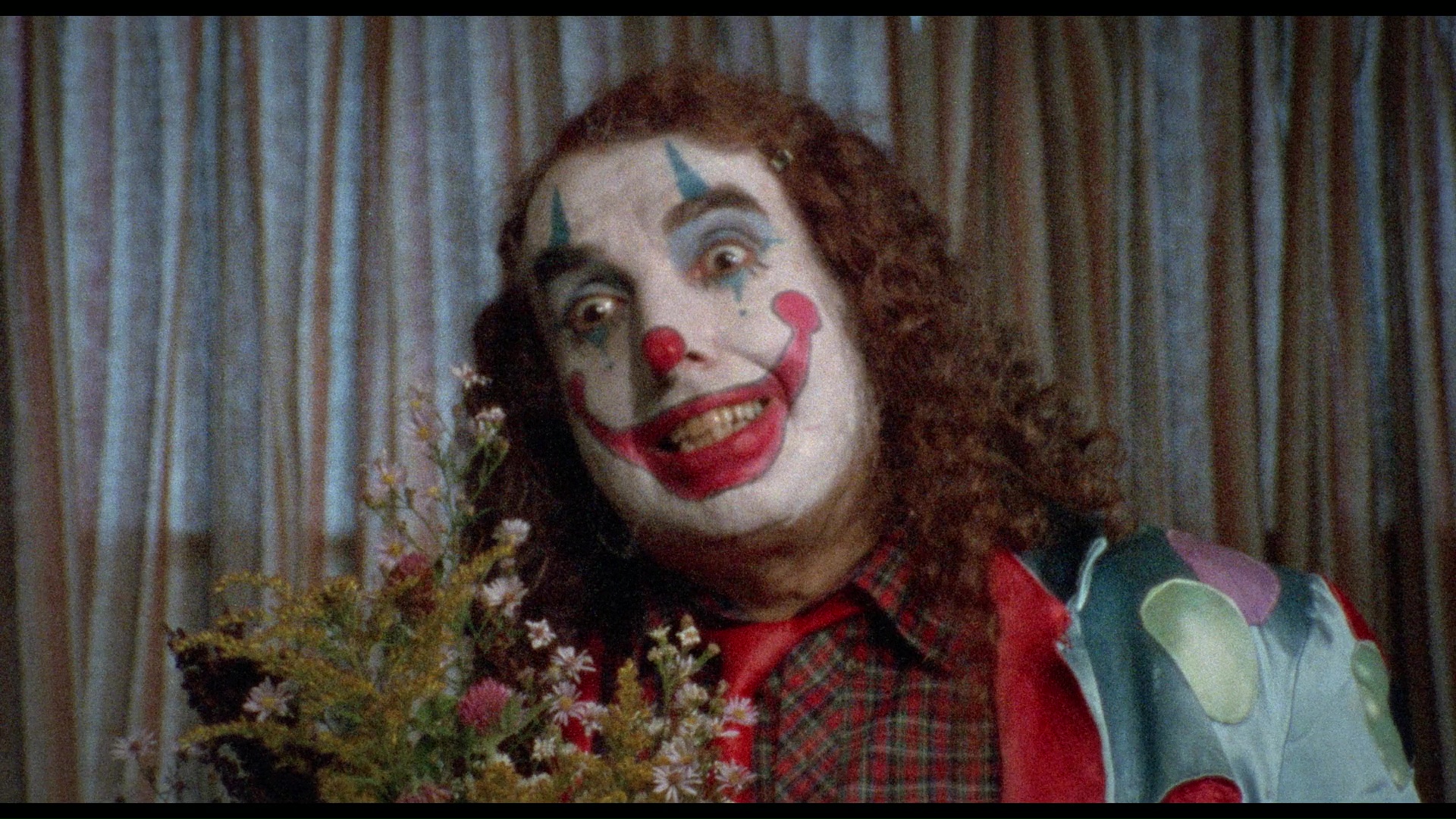 astounding as a pop culture artifact, Blood Harvest was initially lost in the shuffle in the direct-to-video gore craze that flooded every video store in the late '80s and early '90s. However, thanks to the presence of star Tiny Tim, the entire enterprise feels like it was shot on another planet and delivers a bizarre, sometimes skin-crawling impact unusual for this kind of fare.

Sweet young Jill (Salchek) returns from school to her country hometown, where her relatives seem to have gone missing. Her only help seems to come in the form of blond, straight-laced Dean West, while his "eccentric" older brother, the Marvelous Mervo (Tiny Tim, of course, who gets to croon his own theme song), has a penchant for walking around all day in clown make-up and making a spectacle of himself at the local church. Meanwhile randy young couples are knocked out, abducted, and tied up in a barn where their throats are bled into metal buckets. What sadistic fiend could be behind such madness? Don't feel too proud if you guess the answer five minutes into the movie...

A highly unusual performer best known for his trend-setting long hair and terrifying falsetto hit song, "Tiptoe through the Tulips" (later used to chilling effect by Insidious), Tiny Tim followed many of his iconoclastic '60s pop peers by attempting a career in movies, resulting in the rarely seen 1968 oddity, You Are What You Eat. It took almost twenty more years before he would land a bona 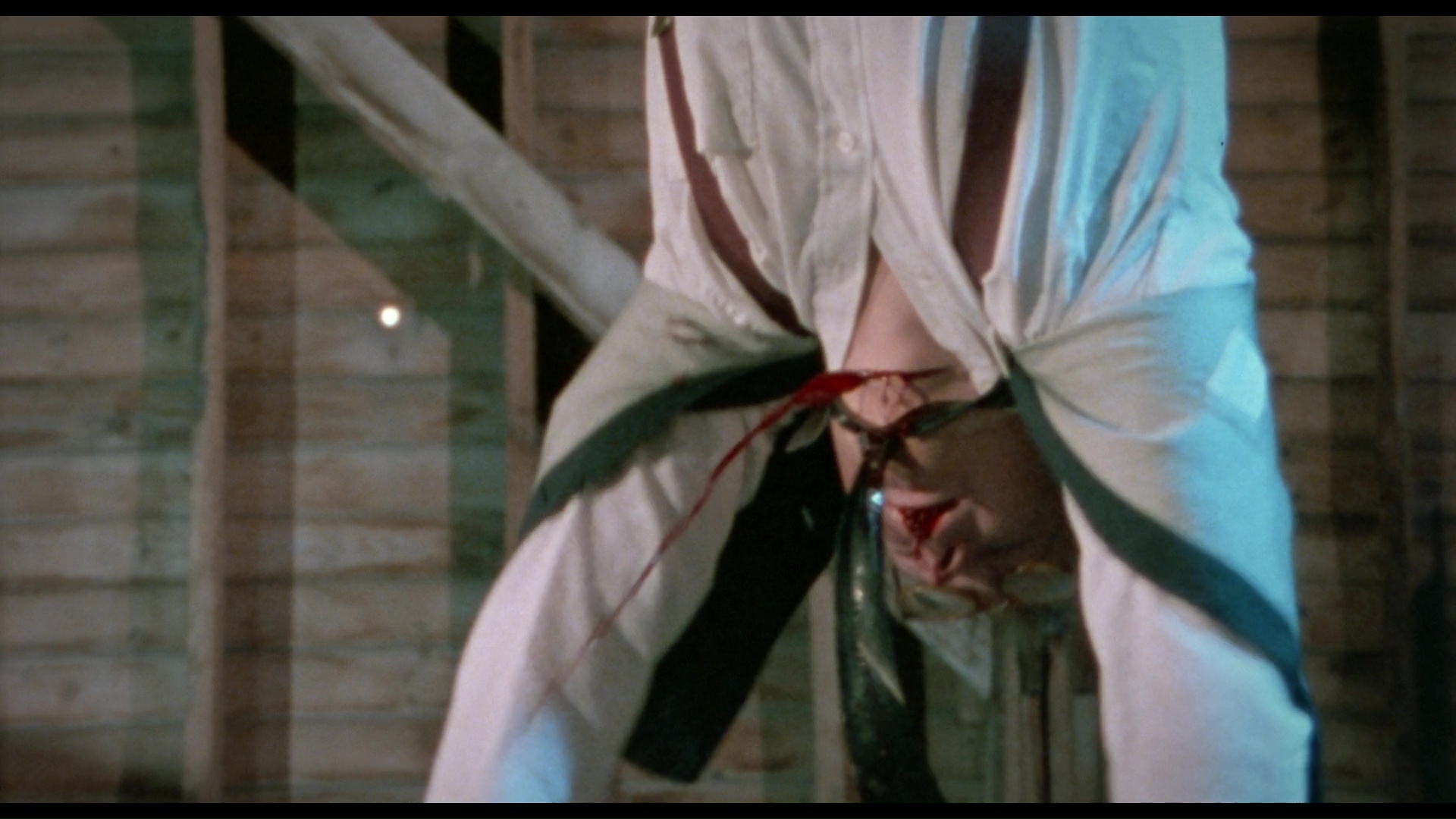 fide leading role, though how he hooked up with drive-in specialist Bill Rebane (The Giant Spider Invasion, The Alpha Incident) is still a bizarre footnote in exploitation 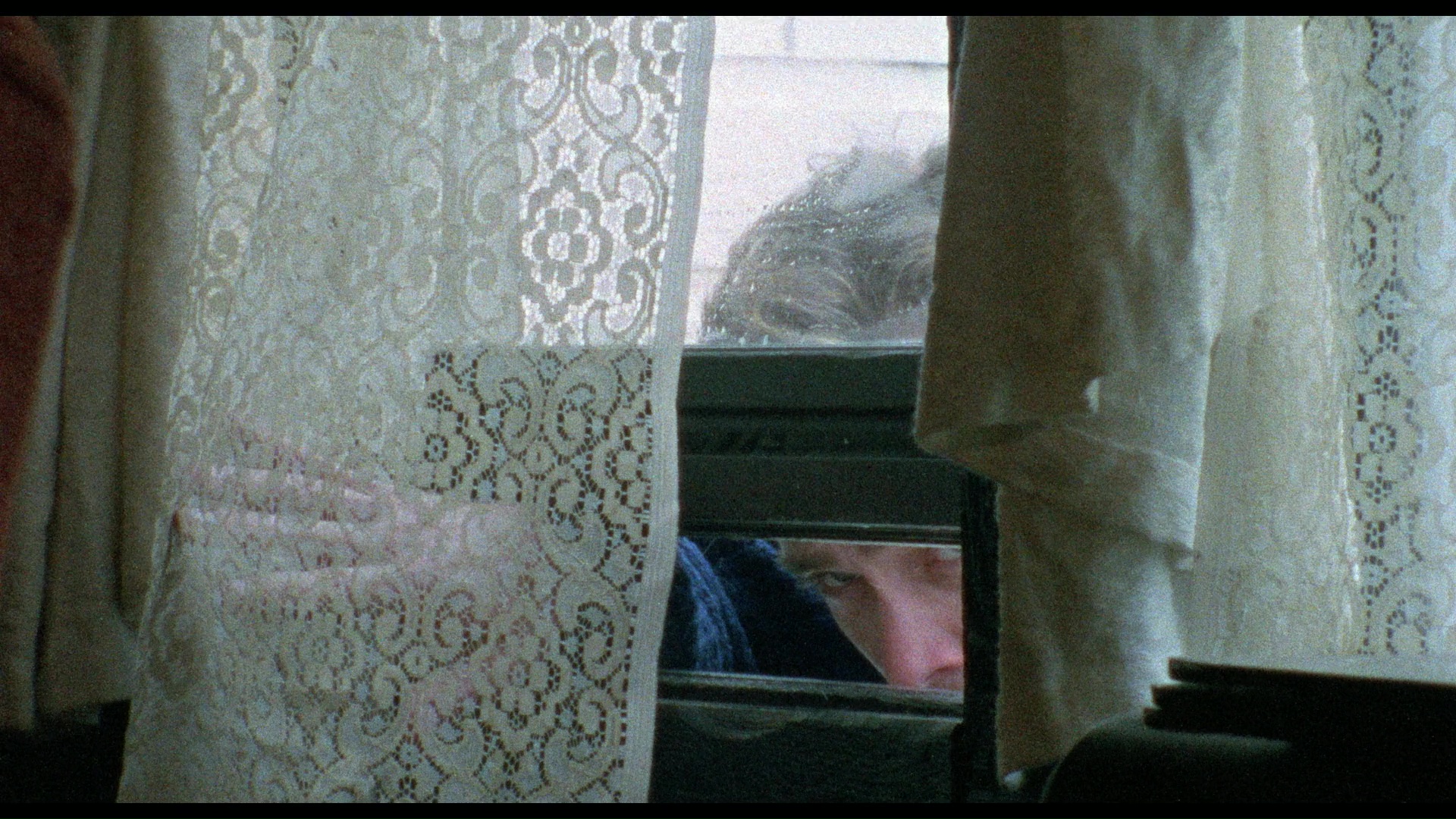 history. Also released on video as The Marvelous Mervo, this feature has no real visual style but at least Rebane's past 35mm experience provides for better filming during night scenes than one might normally expect. He also pulls off the stalk-and-slash finale with a fair amount of panache, as the survivor and killer square off in a variety of barn-related settings. The nudity and gore quotient is fairly high; surprisingly enough, one of the victims is none other than a very young Peter Krause (of future Six Feet Under and Sports Night fame), who shows up long enough to fondle his way through a sex scene, hunt for a beer, get clobbered on the head, and have his throat slashed.(And he never even gets a name in the credits.) Shot in the Ed Gein territory of Wisconsin, Rebane's pet project boasts authentically creepy rural locales and creatively uses its limited sets; students of financially deprived horror efforts might be interested to show how much mileage the down-home king of corn-pone creepiness got out of his minimal resources.

Retromedia bowed a reconstructed "director's cut" of Blood Harvest in 2003 containing Rebane's revised title of Nightmare on the actual transfer. Video and audio are both pretty low grade and taken from a washed-out VHS source. Unfortunately this version (running 86m25s) has also been heavily censored 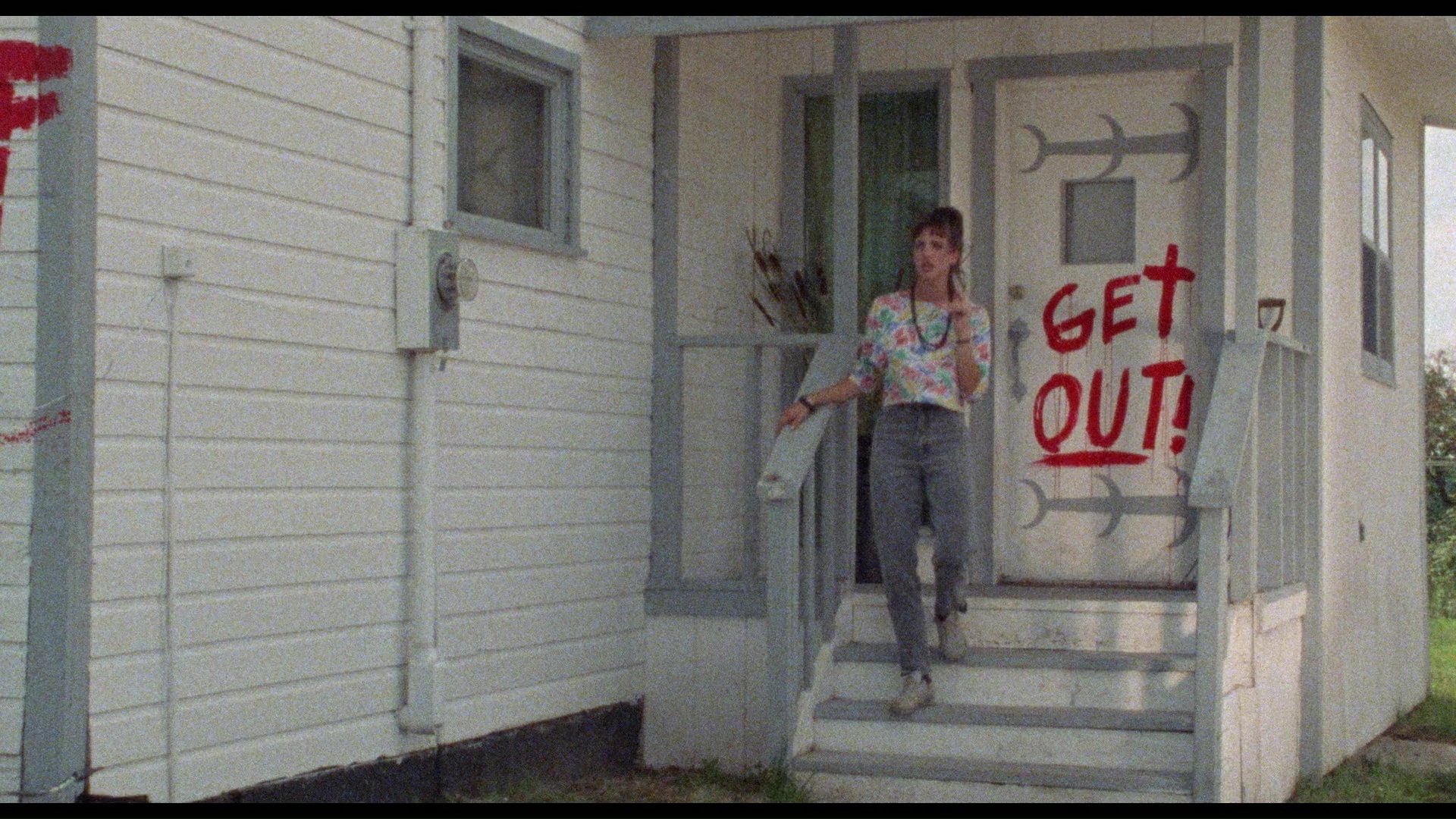 including obvious cuts to nudity and some bloodshed throughout. Thanks, 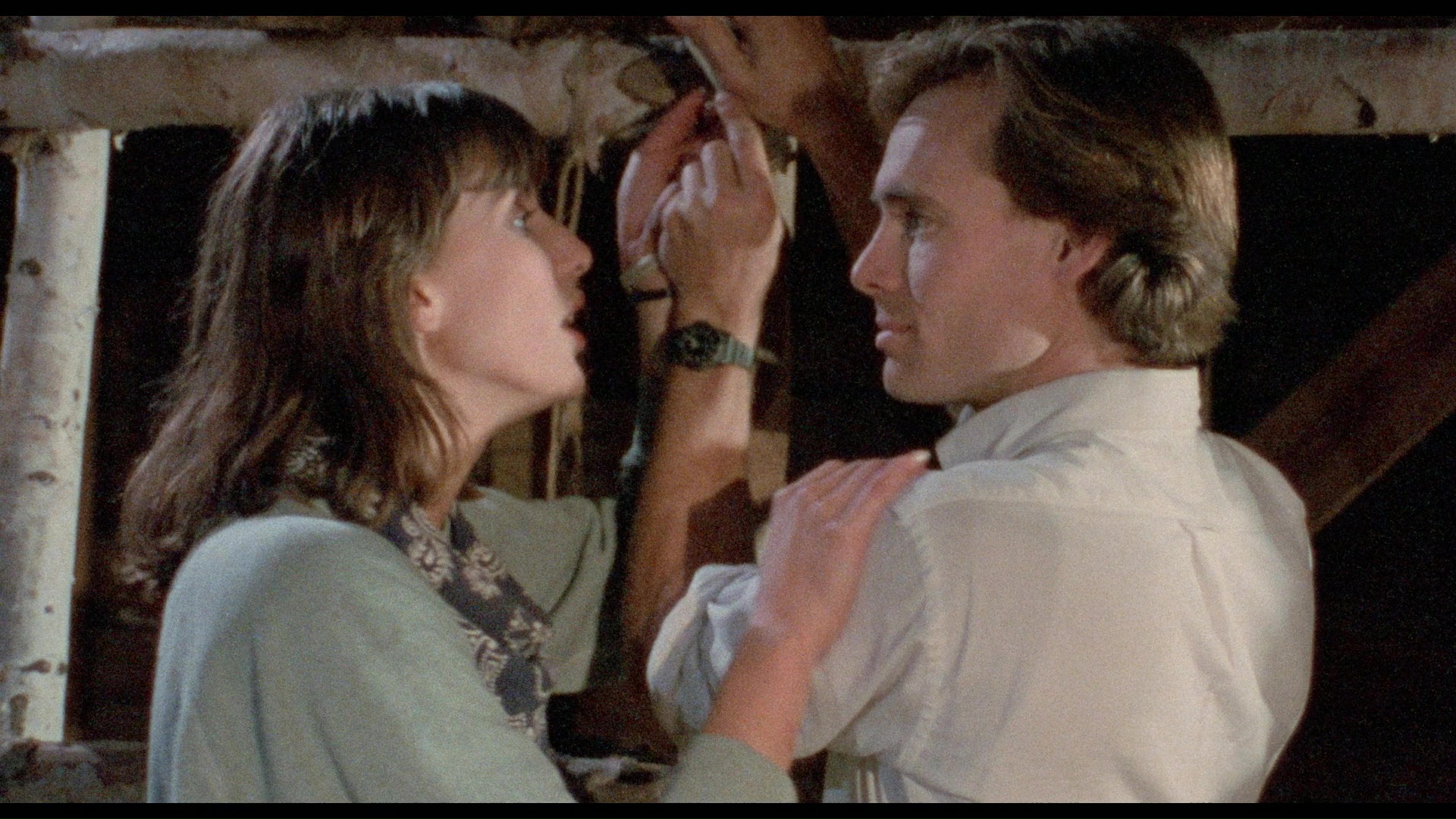 Bill. Tiny Tim fans (and anyone with a fiendish sense of curiosity) will enjoy a supplemental featurette in which we see him discussing the making of the film (shot just before production commenced) along with footage of him wandering in fields and, well, just being Tiny Tim. It's all accompanied by his trademark crooning on the soundtrack. From there the film became embroiled in a snarl of legal threats and contested rights issues (including between Rebane and Retromedia), with a brief 2005 release from BCI Eclipse (licensed from Films Around the World, who bought the rights to the film) paired it up on a disc with Naked Dreams as part of its "Psychotic Tendencies" set (again, gutted) and an even rarer "Crypt of Nightmares" set (less cut at 87m31s and matted to 1.85:1). The jinx continued in early 2018 when 88 Films released the film as part of its Slasher Classics Collection, initially sold directly through their site and then very briefly on the general market before being pulled. That version (running 87m33s) is 1.33:1 (open matte) and features new, digitally-added main and end titles, as well as the usual in-camera anomalies in all versions like that pulsing red light damage streak along the side of the film at the 4-minute mark. The longest extra here is "Tiny Tim in Niagara Falls, Sept. 3, 1987" (71m41s), capturing the legend in action at a circus where he performs standards like "I'm Looking Over a Four Leaf Clover," signs autographs, chats with fans, and expounds on legalizing marijuana and prostitution. A behind-the-scenes featurette (13m17s) features a couple of Tiny Tim vocals and an interview during production, along with a shorter one with Rebane explaining how his star 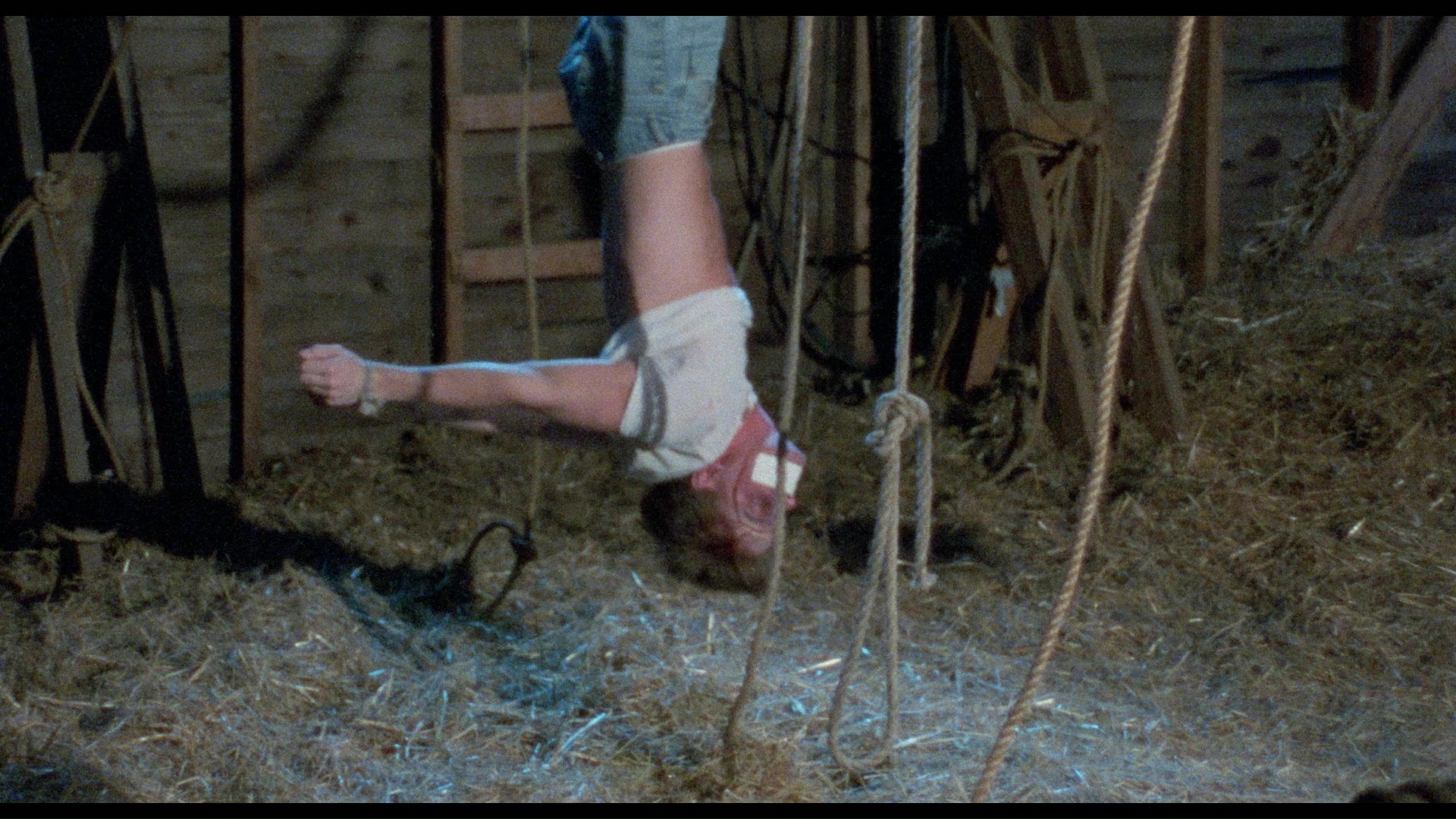 came aboard but couldn't memorize dialogue. Also included is a Tiny Tim performance (17m13s) at the film's wrap party including an eccentric set of Elvis tunes. The alternate reissue Nightmare credit sequence is also included in all its tacky digital glory, and an insert with liner notes by Tiny Tim 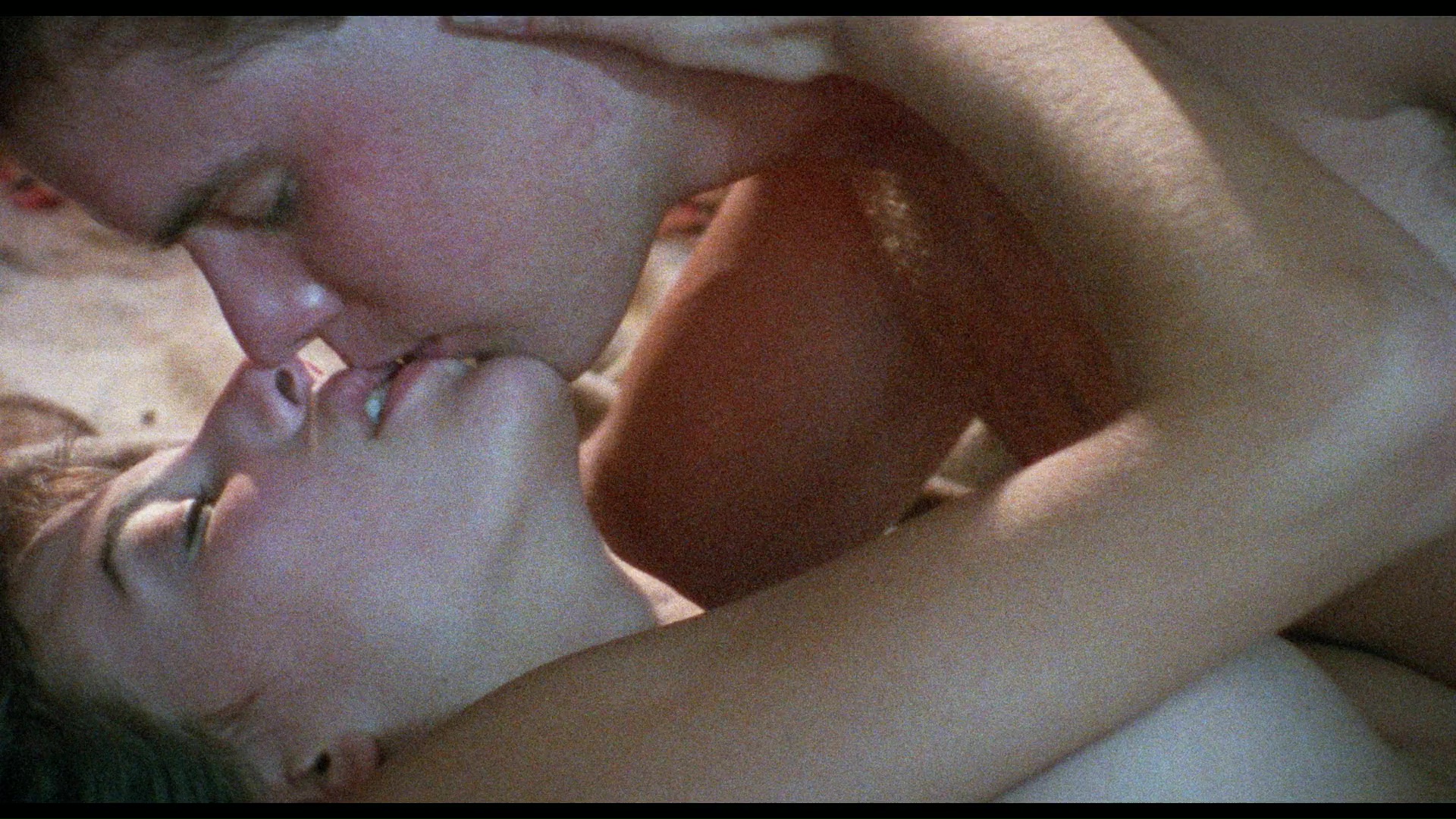 That brings us to the U.S. Blu-ray premiere of the film from Vinegar Syndrome, a dual-format pack (along with a DVD) touting a new 4K(!)-originating scan from the 16mm original camera negative. Framed at 1.85:1 (which looks accurate throughout), the film has never looked better and features much more pleasing contrast with the formerly blown-out whites on every older transfer now brought down under control, with quite a bit extra detail now visible in the process. In addition to being uncut, it also features the original, undoctored opening and closing titles, too. The DTS-HD MA English mono track is also in great shape, with optional English SDH subtitles provided. We truly live in wondrous times. The film can also be played with a new audio commentary with British producer and co-writer Leszek Burzynski, moderated by Joe Rubin. It goes way beyond the subject of the film itself including an extensive discussion of his career, such as working for Channel Four, and his writing pseudonym used here and elsewhere. He also goes into Rebane's directing process, an issue when Krause refused to take off his jeans for his love scene, a masters thesis written about the film(!), and the request for "more cruelty" from international buyers. Tiny Tim footage from Niagara Falls is carried over here but now in two pieces, the new "Everyone Is Gonna Butcher It" (3m5s) focused on this film and the more familiar "Performance and Candid Interview" (71m22s). Martell's liner notes in the insert booklet are adapted from his Tiny Tim book and paint a vivid portrait of how this oddity came about as well as its peculiar fate ever since. As usual the first pressing comes in a limited slipcover edition, so grab it while you can. 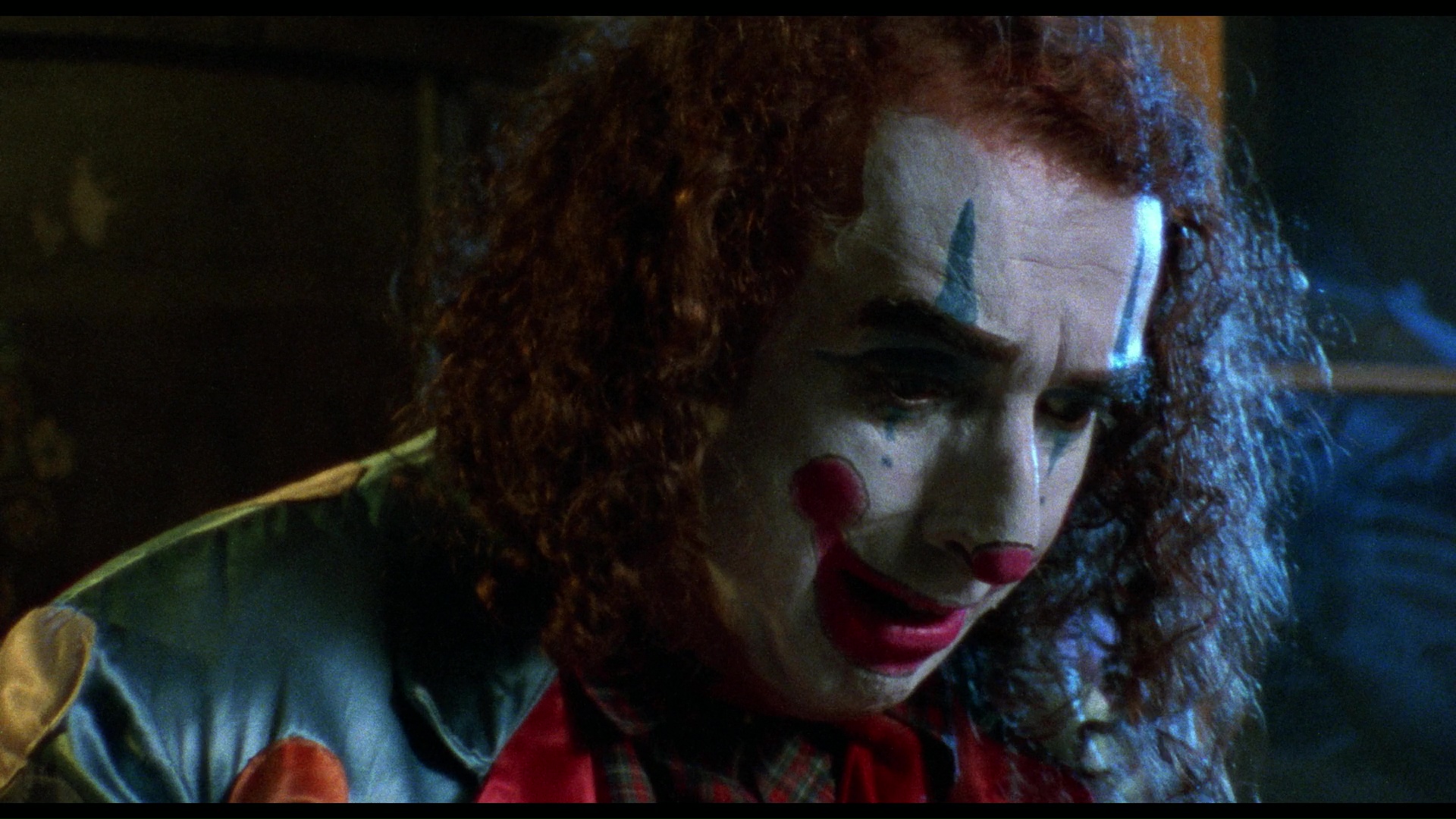 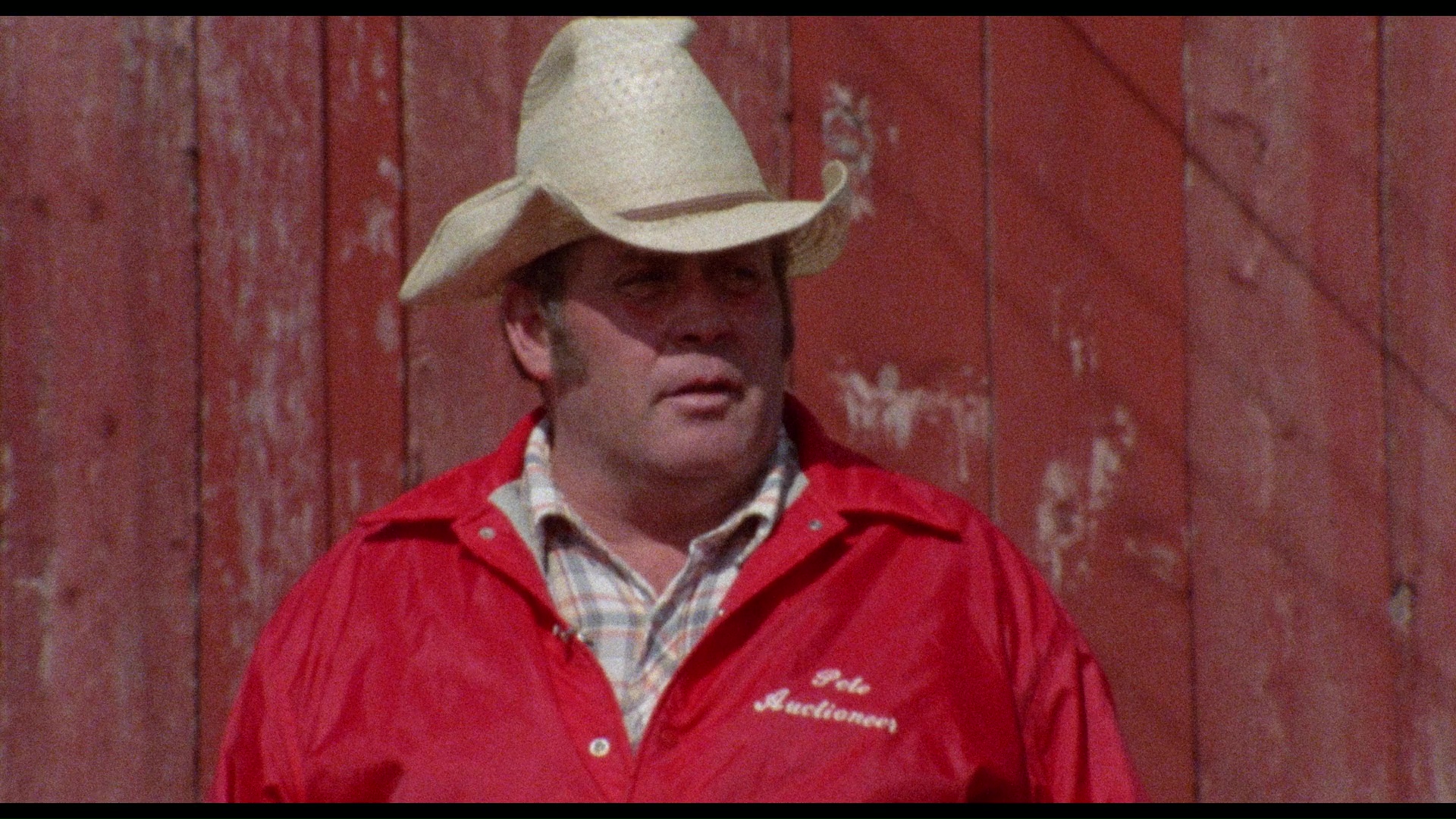 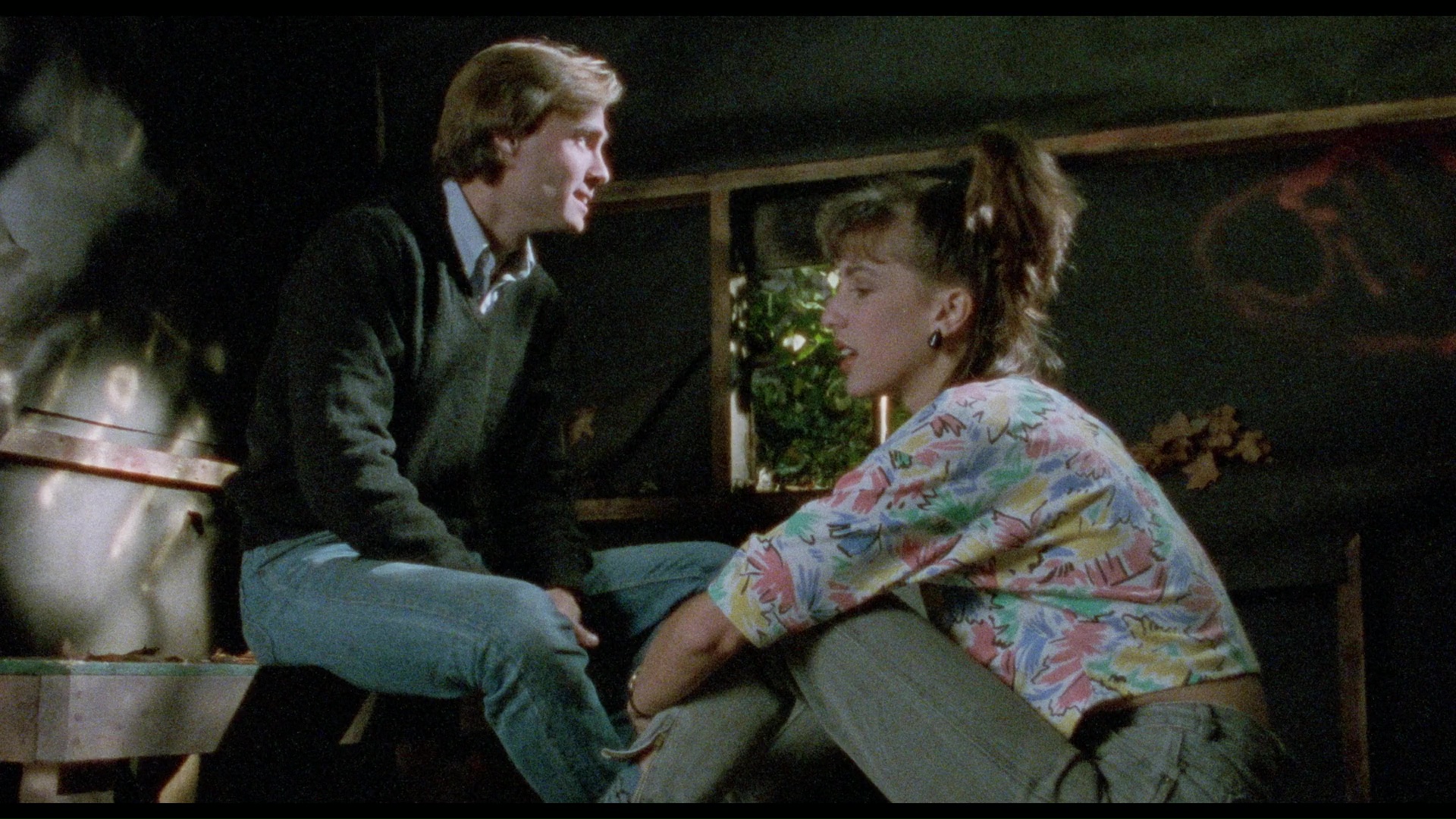 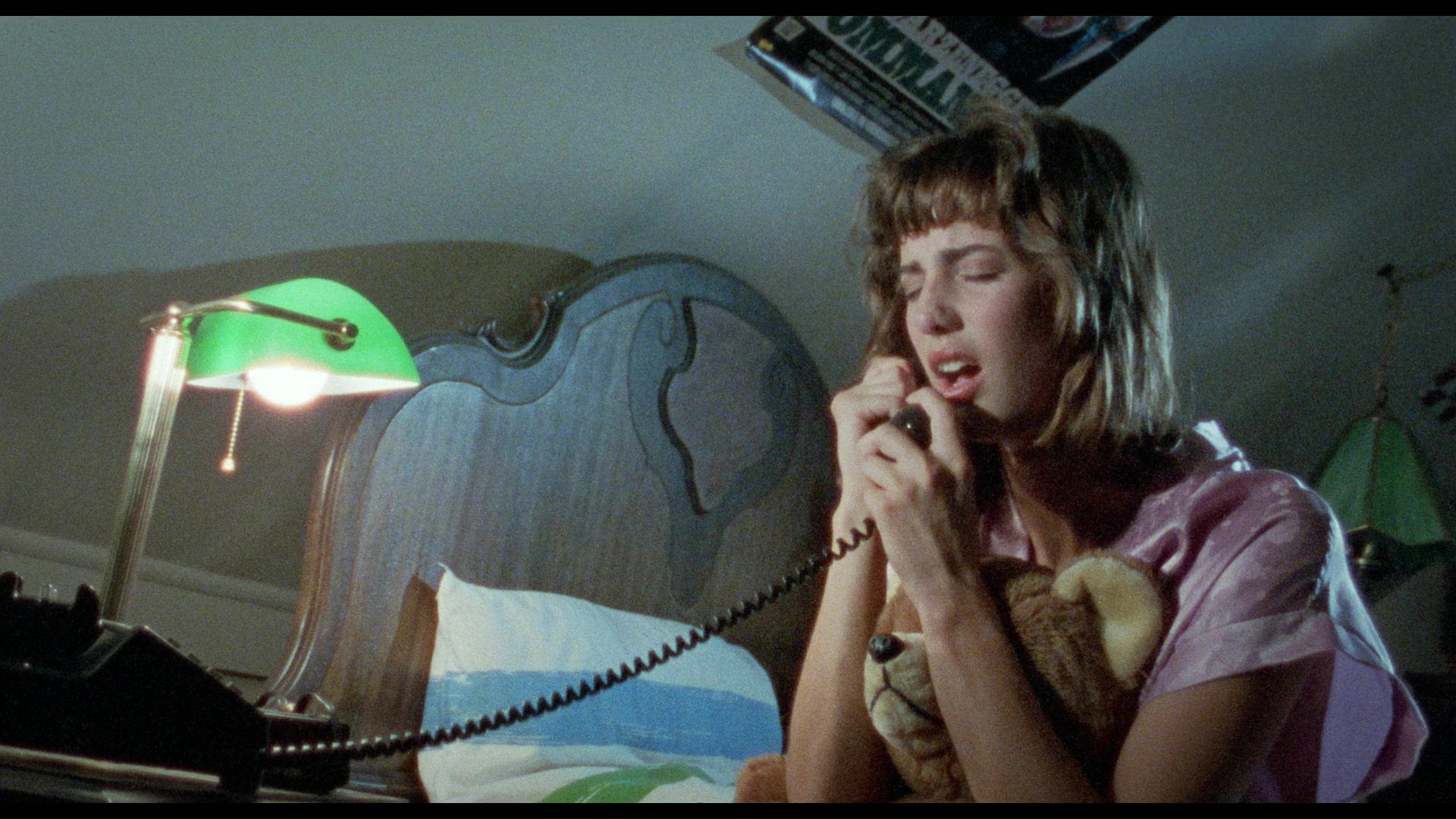 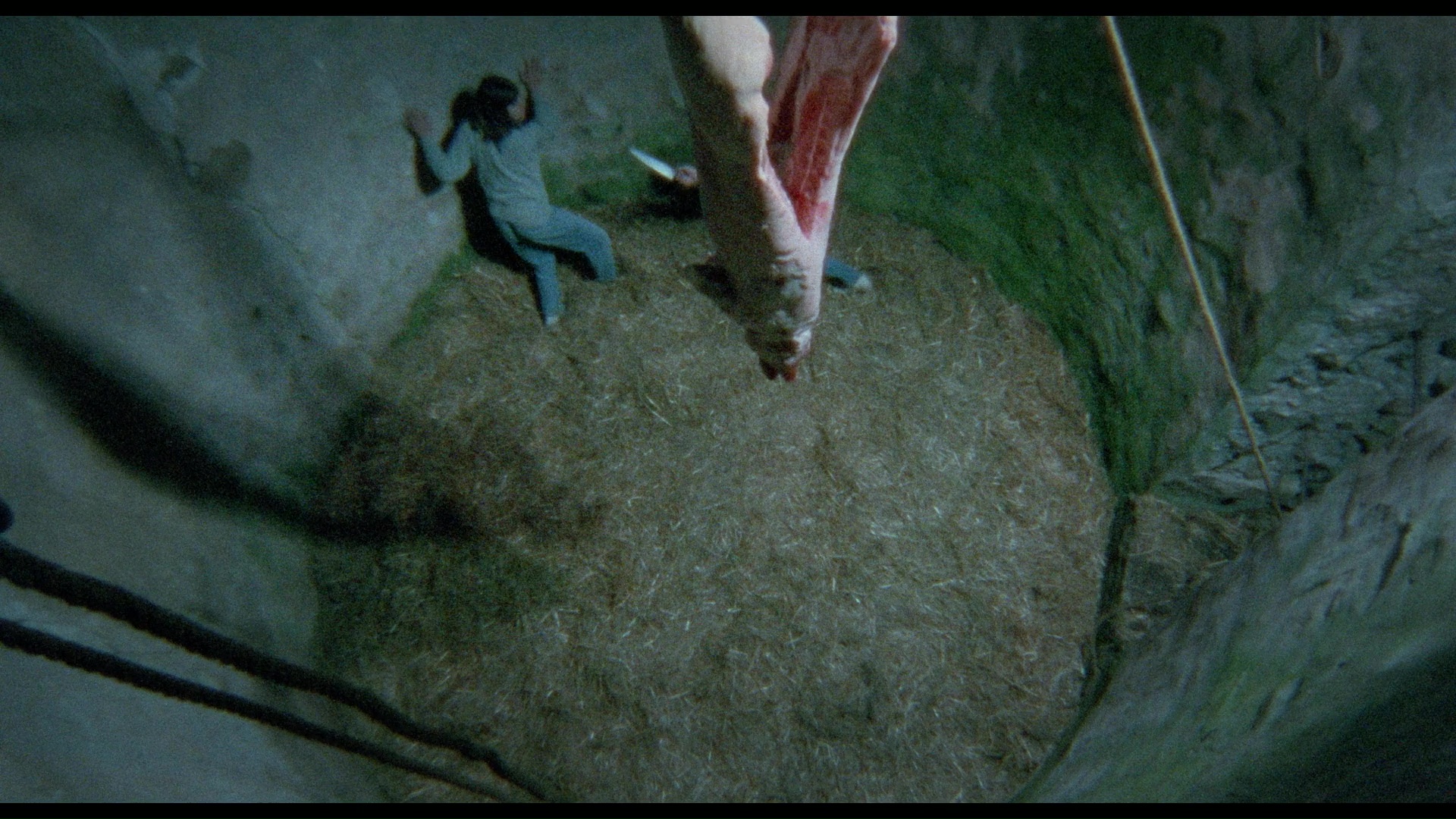 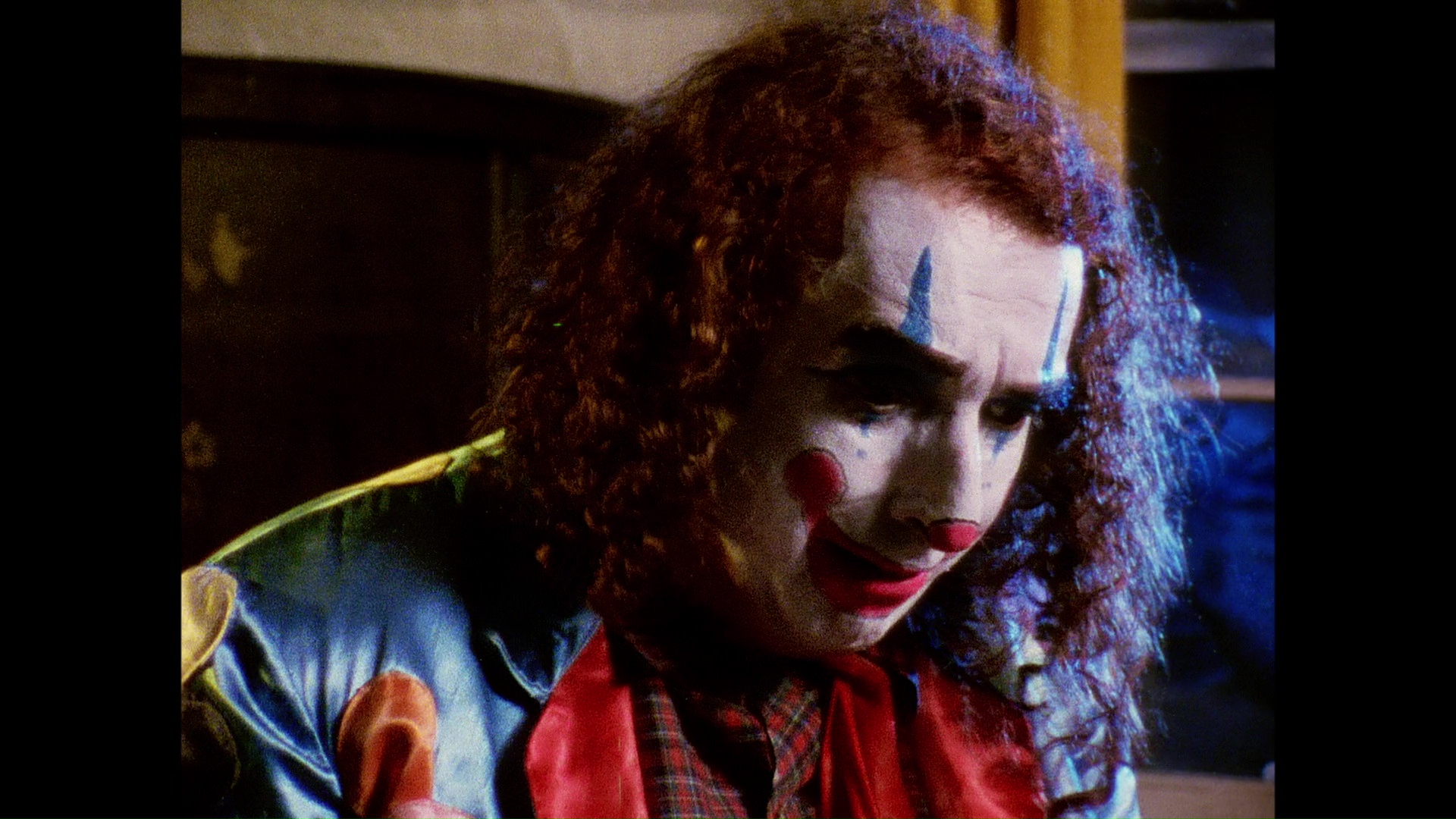 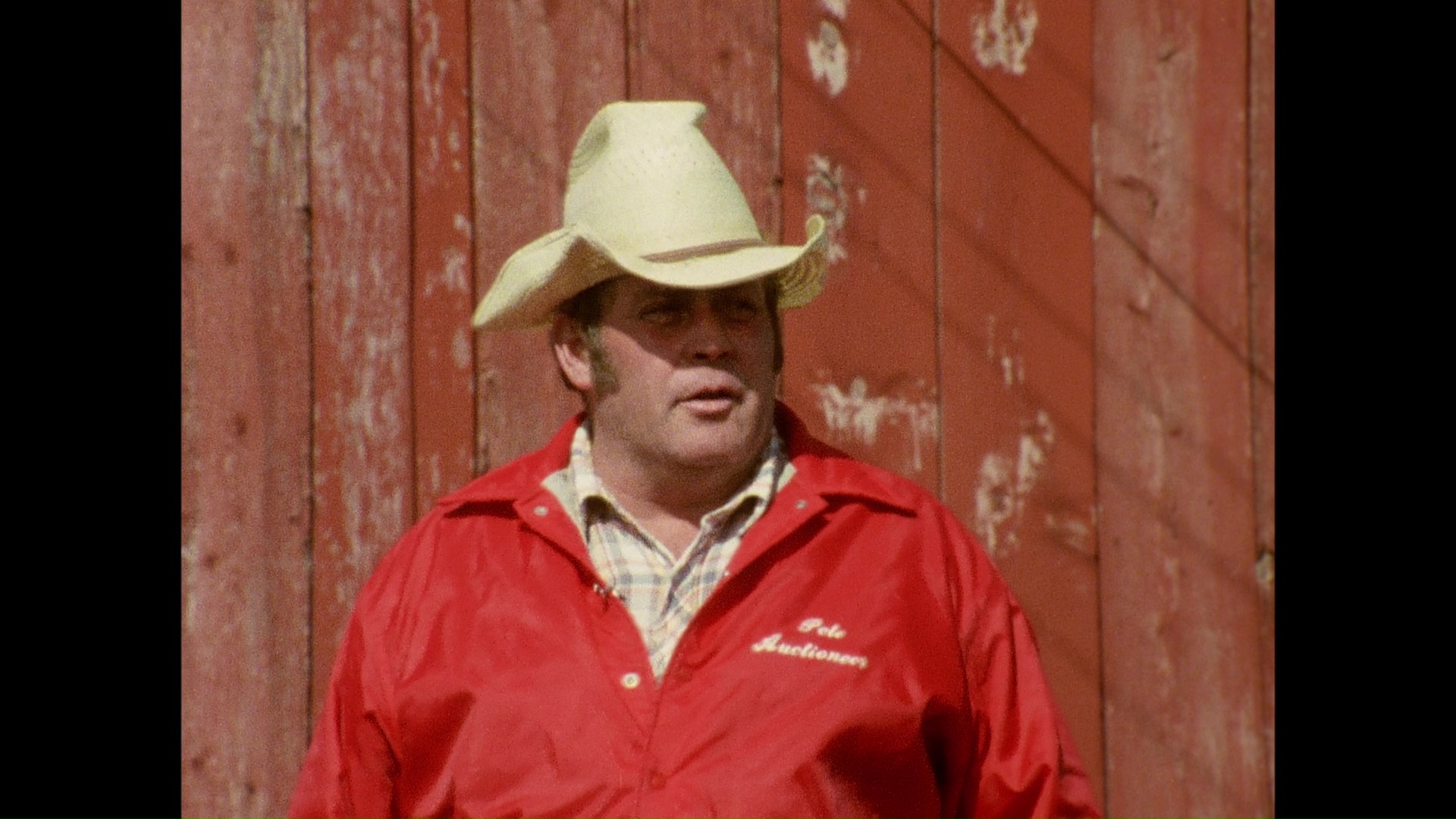 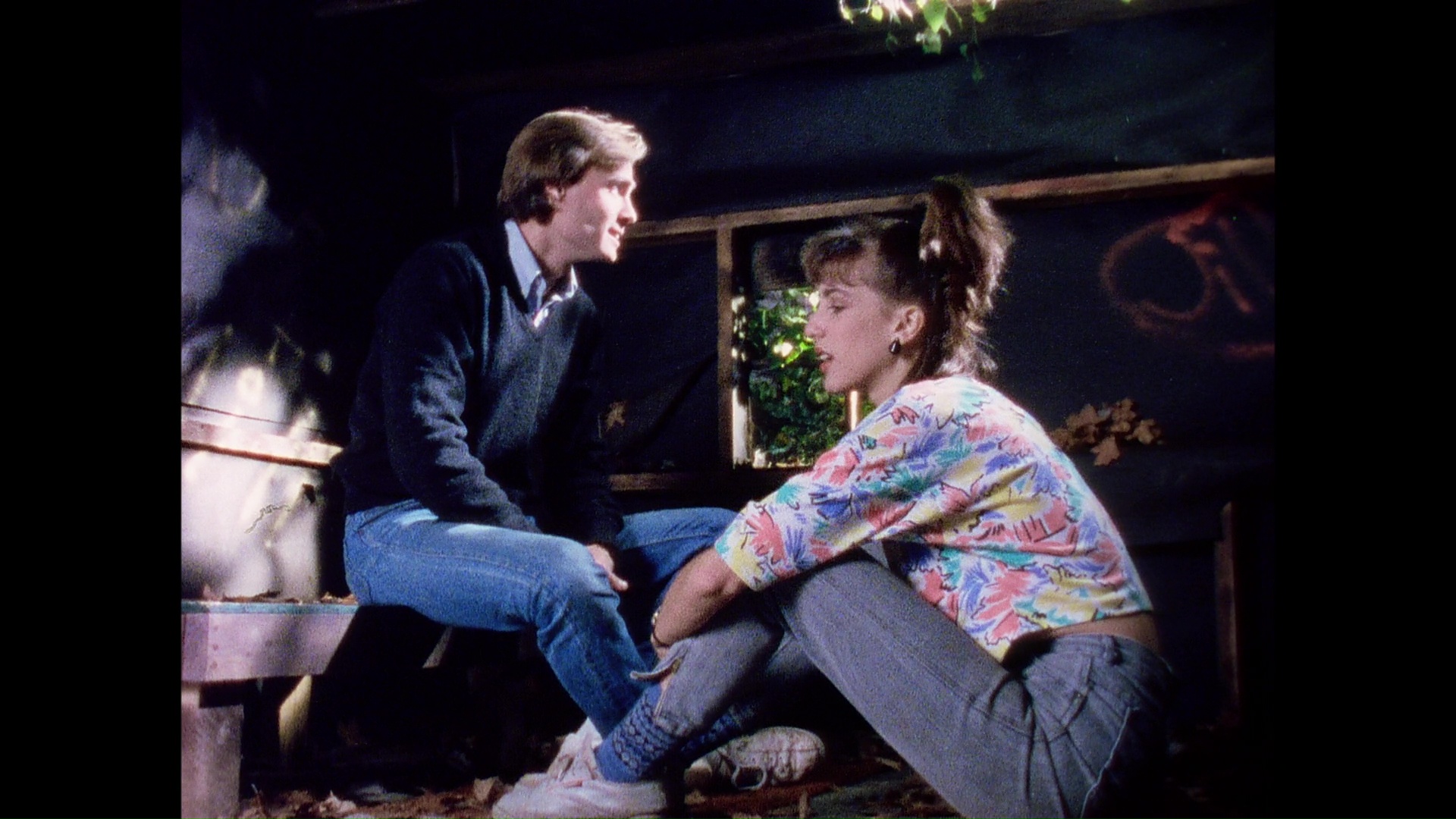 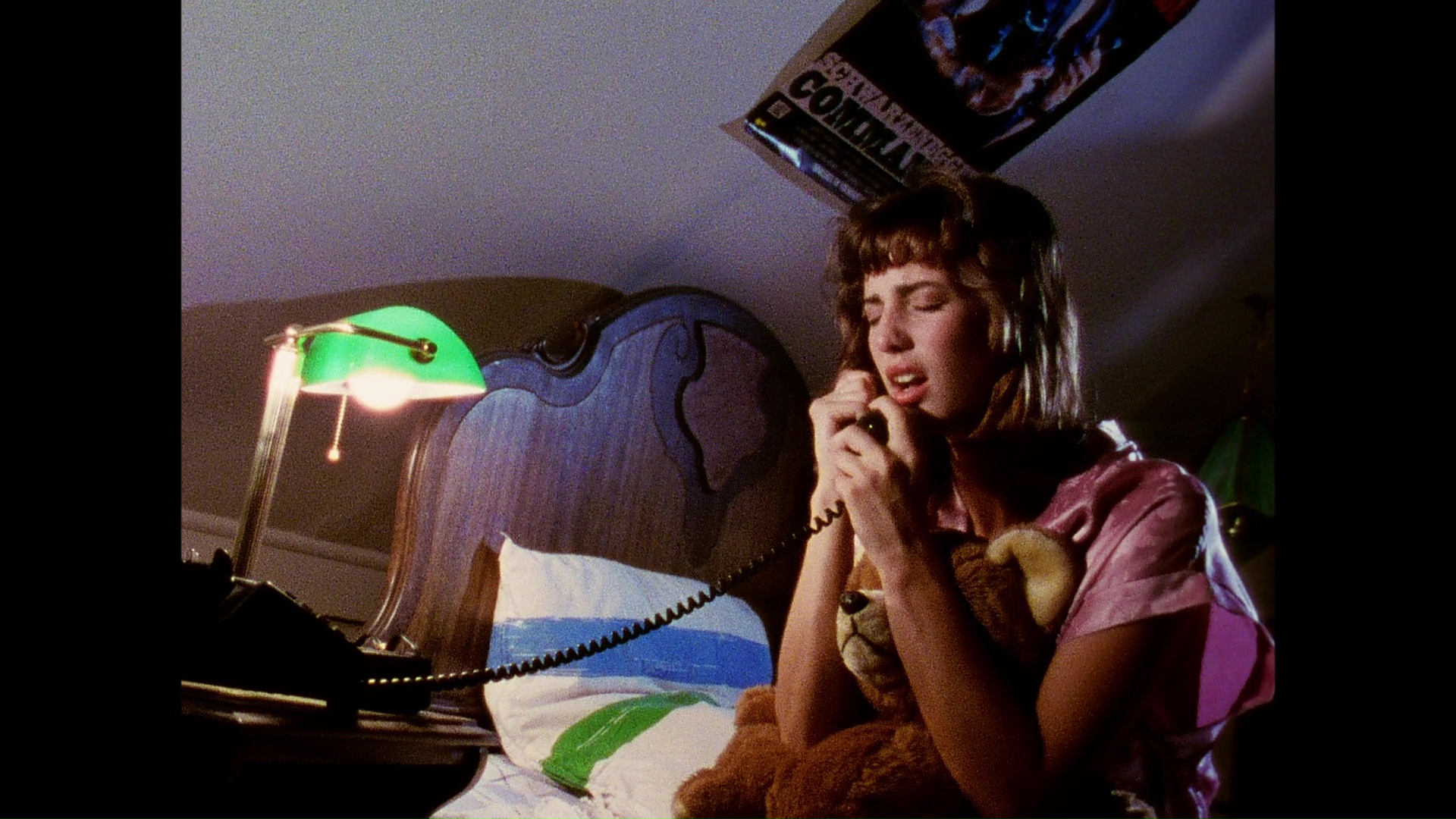 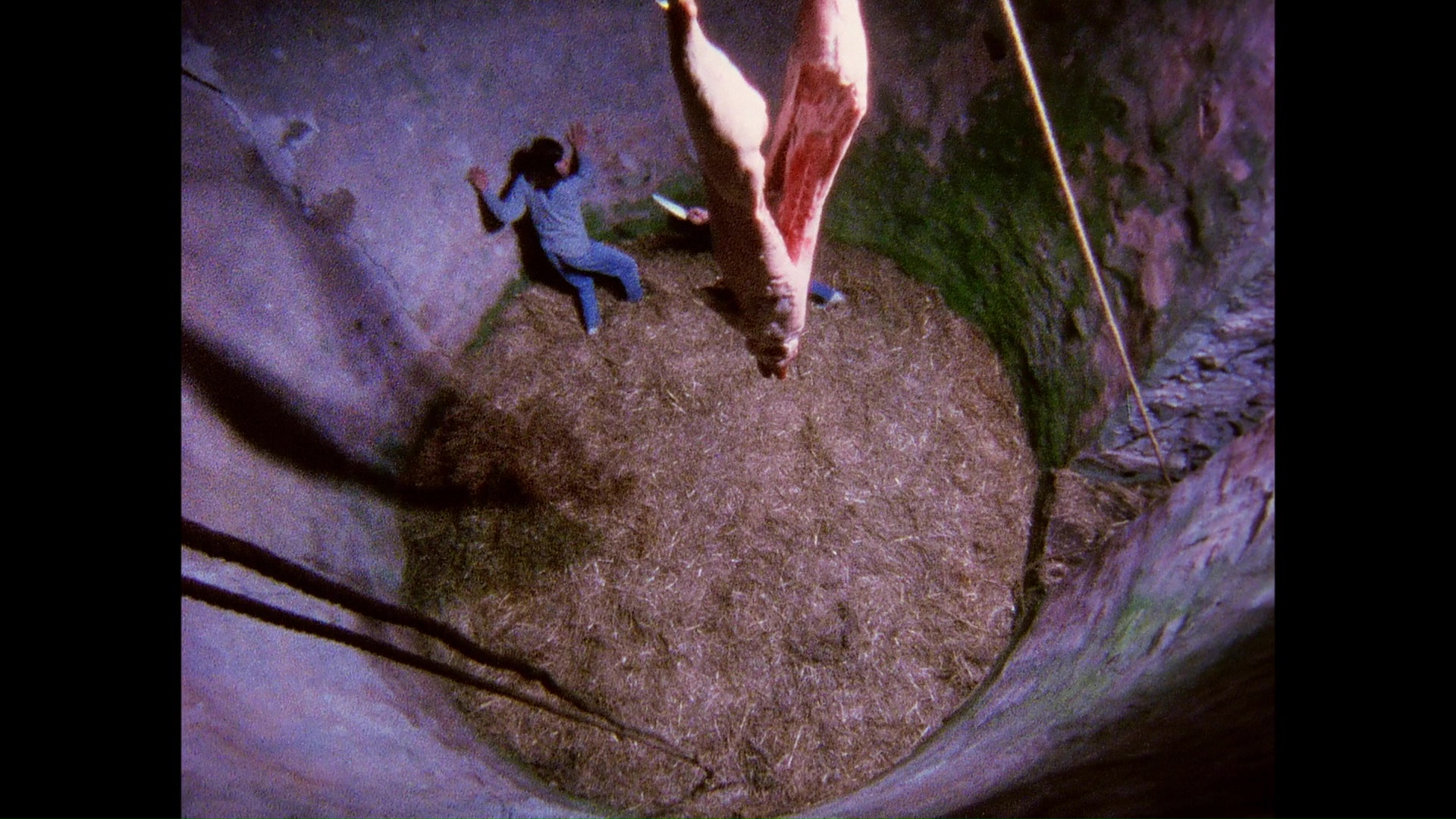 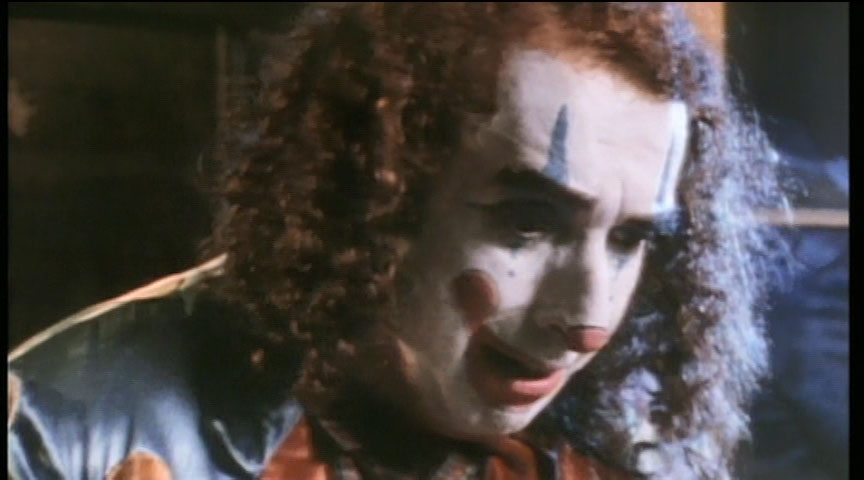 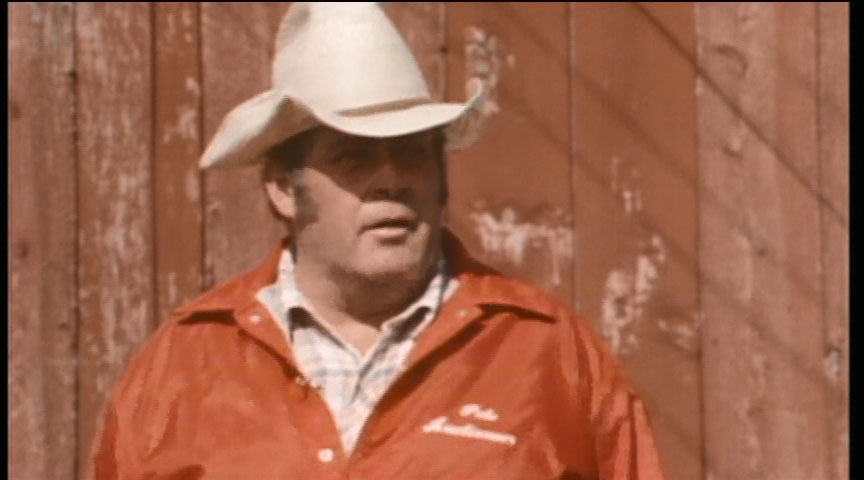 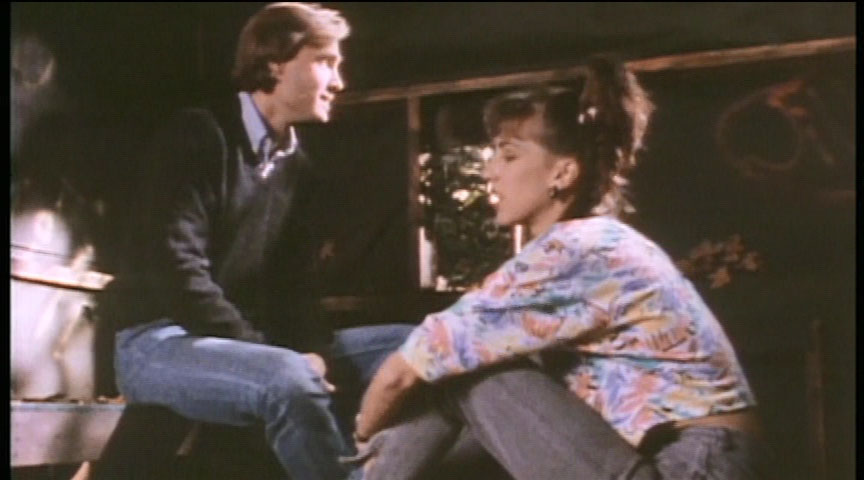 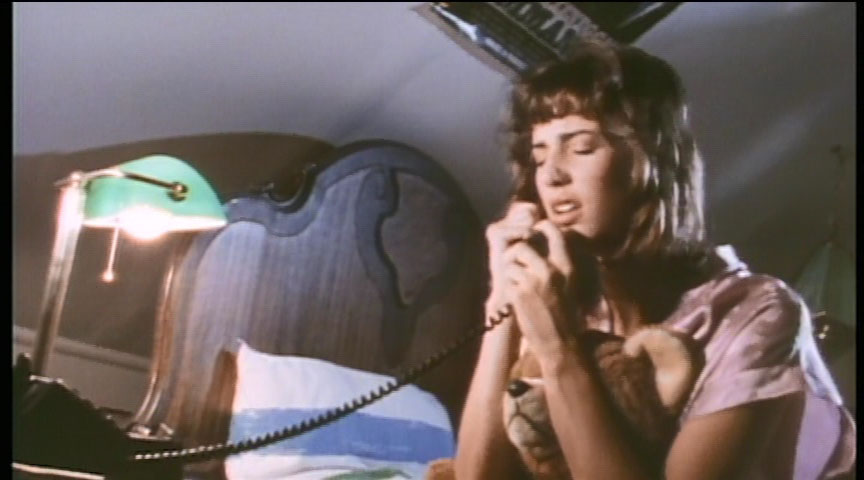 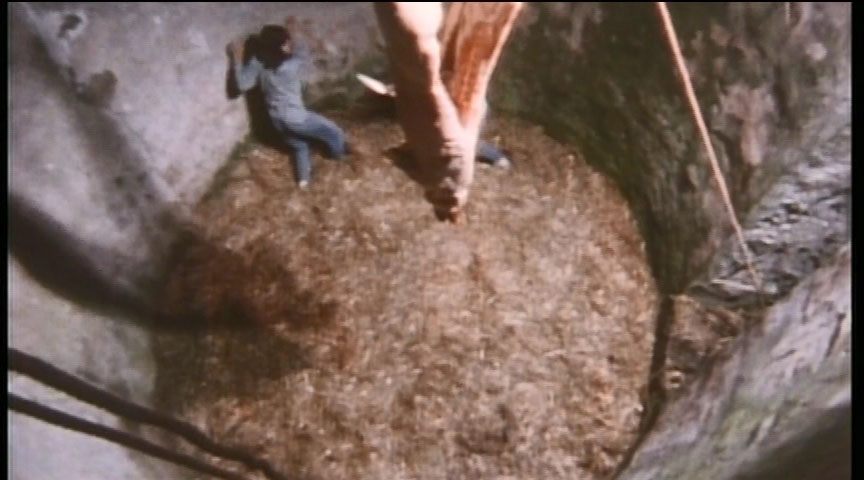 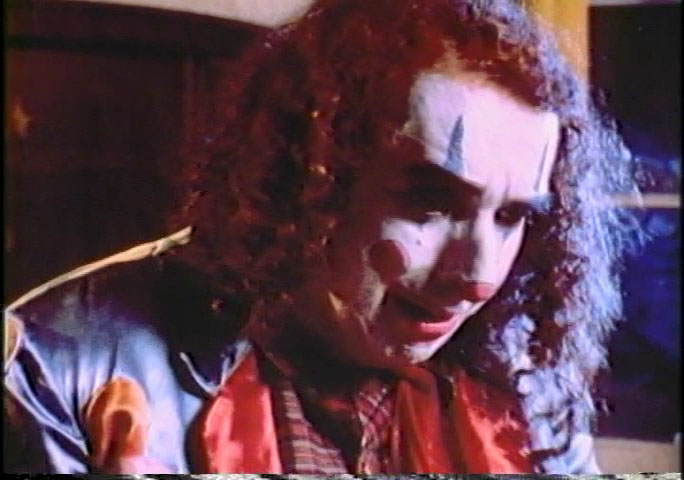 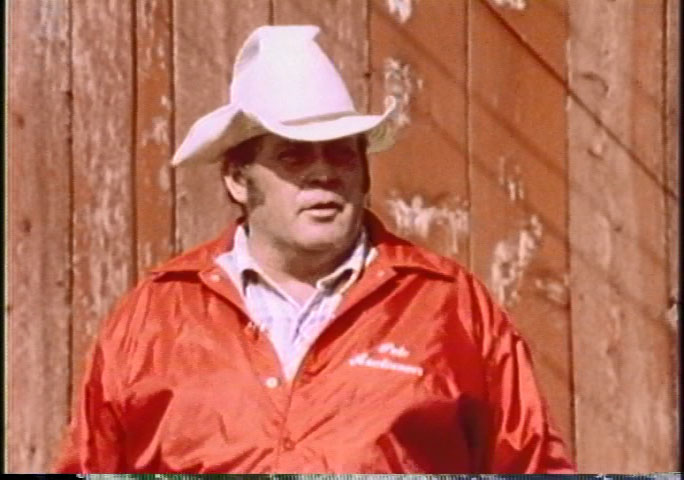 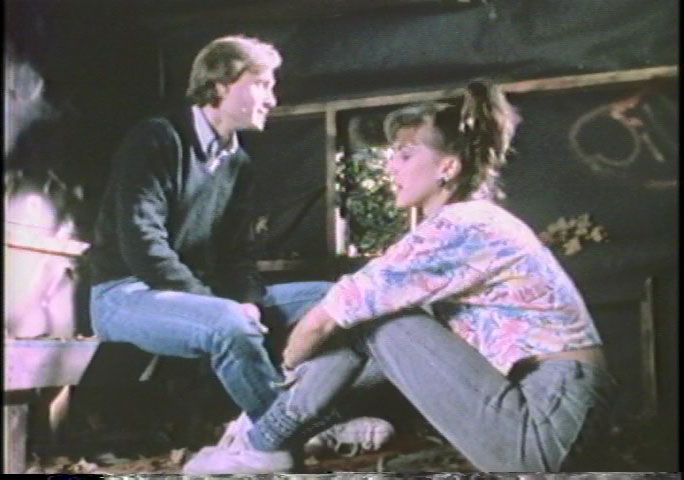 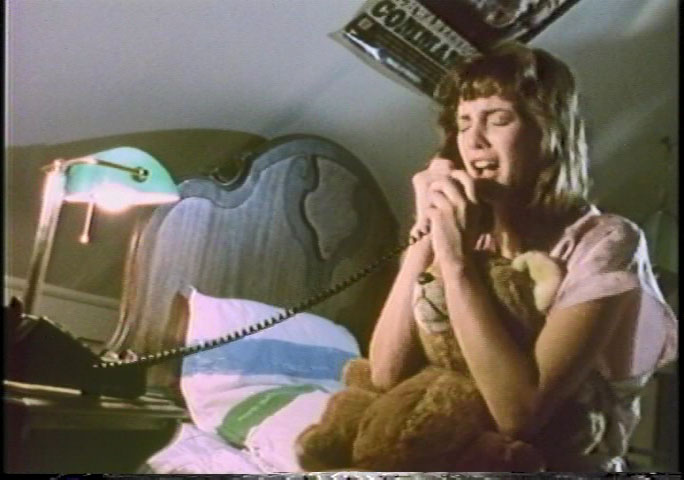 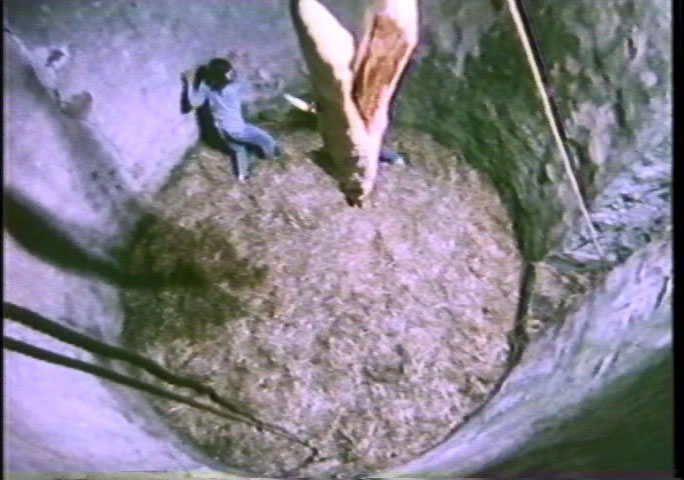