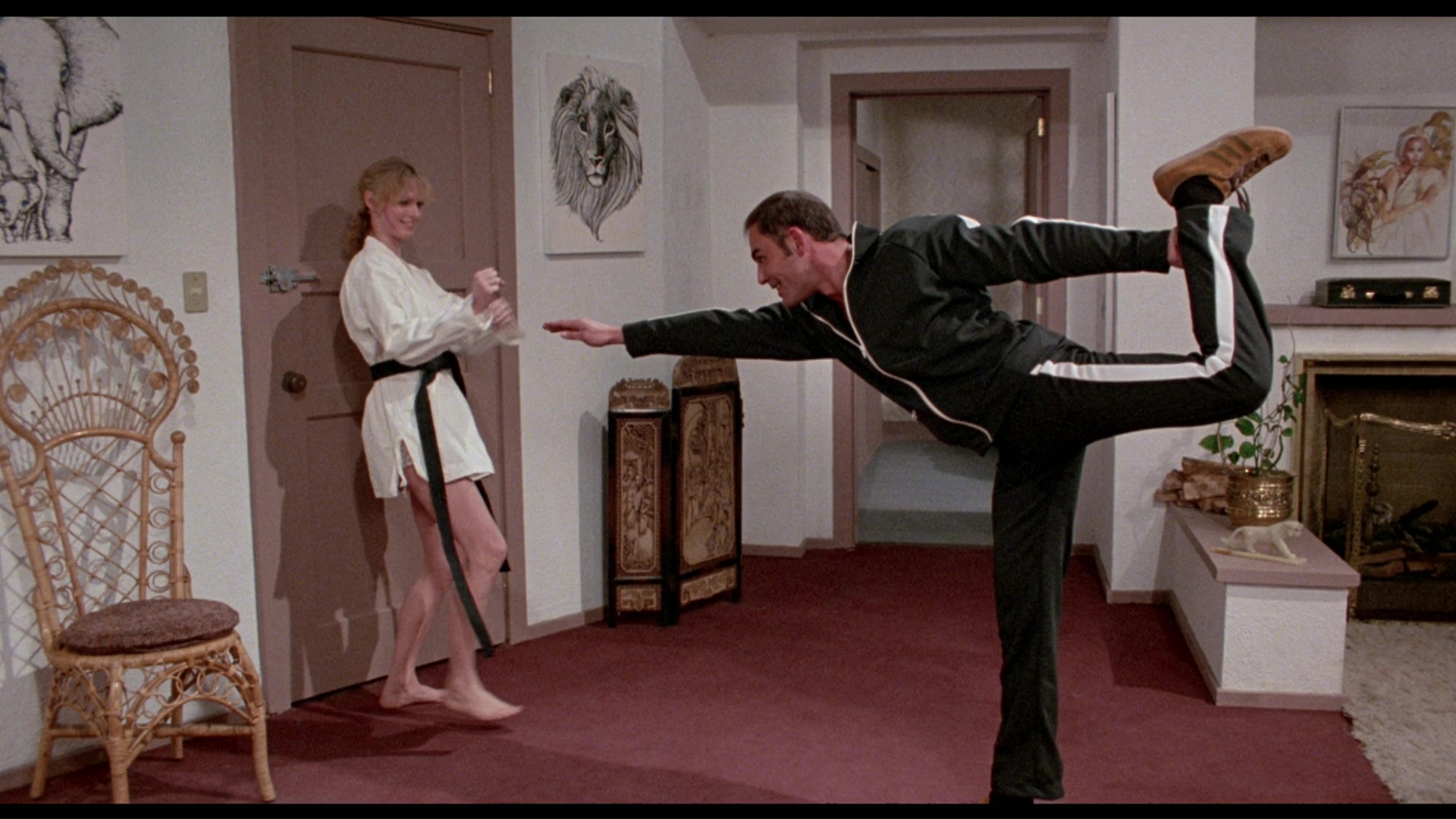 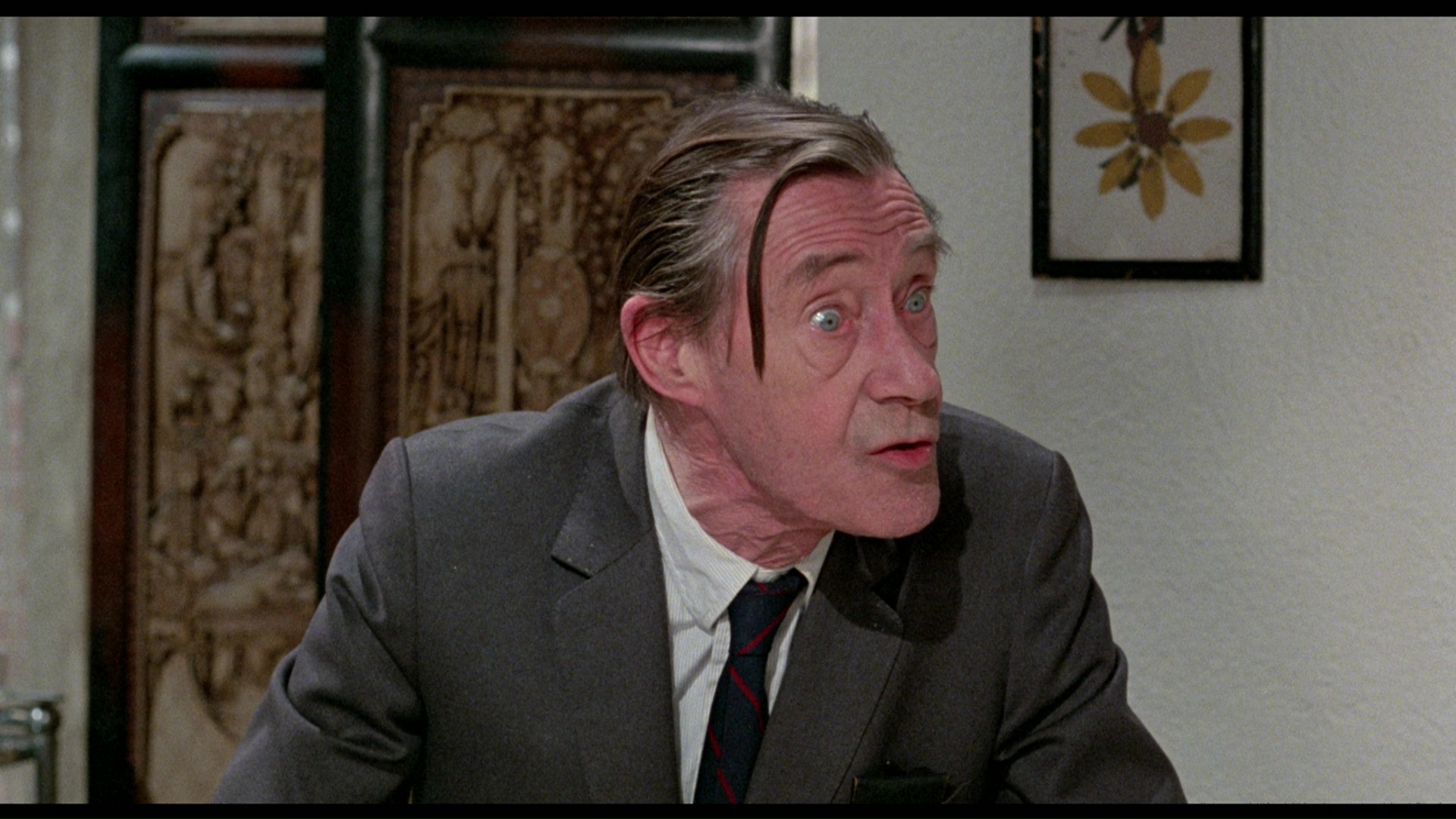 God knows why the 1970s went gaga over killer bees, but the buzzing Africanized bee was all the rage for a few years with made-for-TV movies like 1976's The Savage Bees and 1978's Terror Out of the Sky. Presumably the onslaught of films featuring UFOs, tarantulas, and rats confounding mankind weren't enough, so foreboding news stories about hordes of killer bees swarming towards innocent North Americans were presumably enough to inspire producers everywhere to ride the panic wave. Things really hit a fever pitch when Irwin Allen assaulted '78 audiences with his all-star bee film, The Swarm, which turned out to be a major box office disaster but has since gone on to amass something of a cult following. Released a mere four months after Allen's film was The Bees, a Mexican-American co-production mostly shot in Mexico City by director Alfredo Zacarías, a busy Mexican filmmaker making a bid for international success with this and an equally nutty 1981 horror film, Demonoid.

The fun begins when a very dim father ropes his naive son into breaking into a facility called the UNESCO Agricultural Experimental Station run by Dr. Miller (The Mansion of Madness' Brook) and his wife, Sandra (Prime Cut's Tompkins), to steal a stash of honey from the experimental bees they're keeping in a storage shed. Unfortunately the robbery unleashes 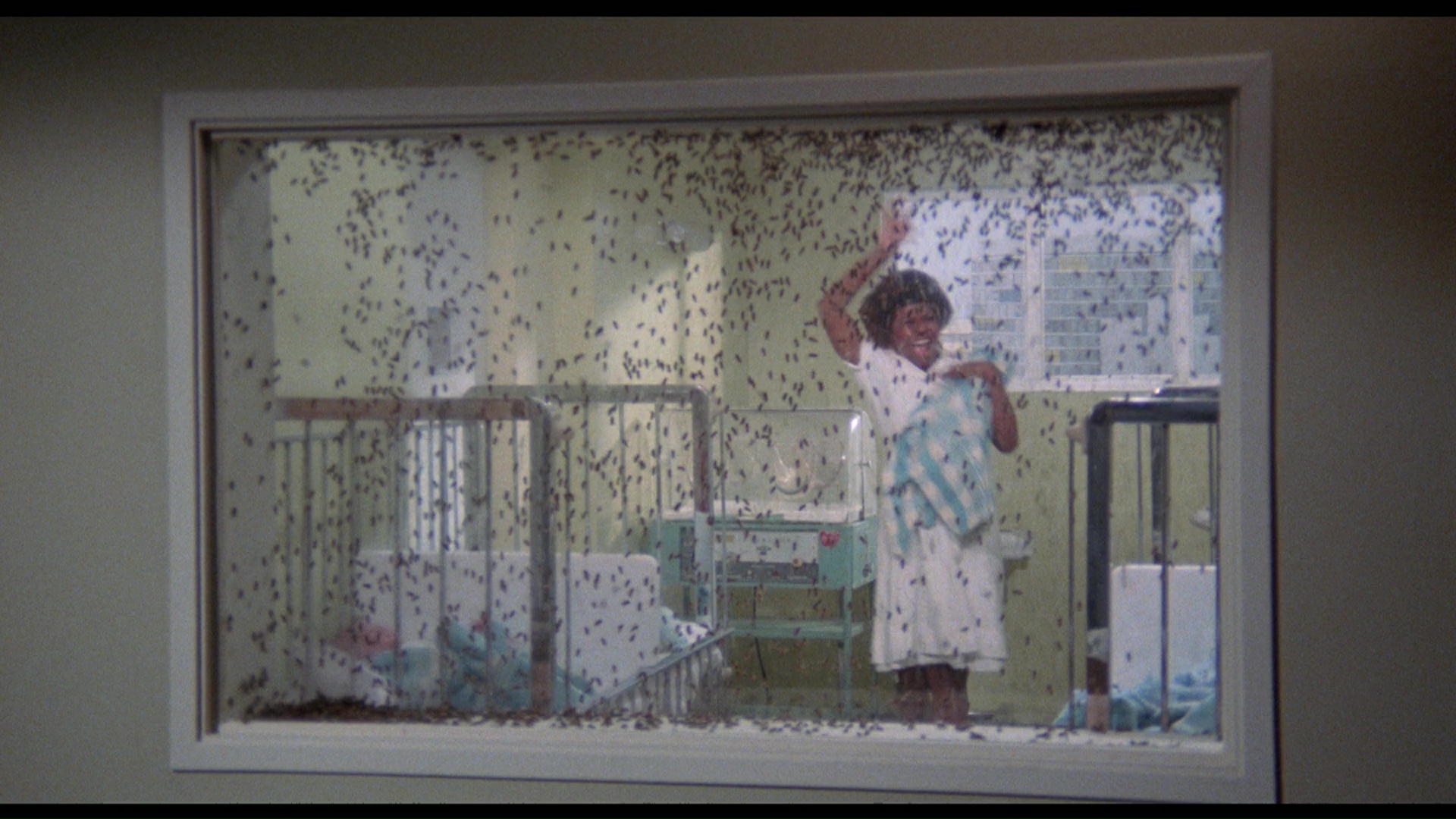 a horde of killer bees on the angry Mexican populace, with Miller himself falling prey (and thus turning Mexican acting staple Brook into an extended cameo). Sandra decides to continue his work and find a way to curb the buzzing menace by flying to the 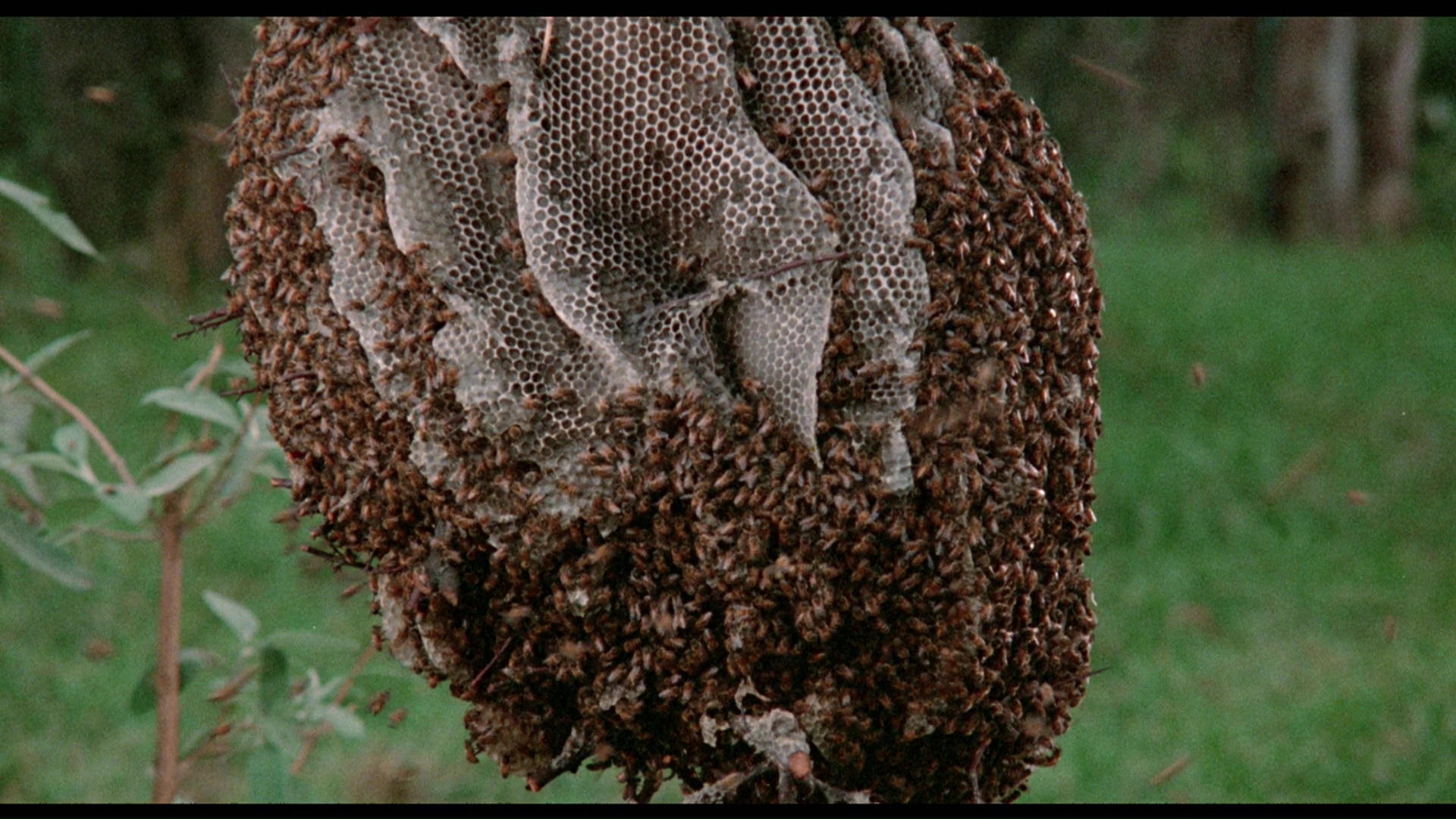 United States with a carrying case full of bees to visit a colleague, Dr. John Norman (Saxon), who's busy working with her unconvincingly German uncle, Dr. Hummel (Carradine), on a solution to the bee plague despite a lack of enthusiasm from the United Nations. Soon the bees have broken loose thanks to some corporate shenanigans and the audience is bombarded with such thrills as a bee attack on the Rose Bowl Parade in Pasadena (complete with stock footage of Gerald Ford!), a silly callback to Saxon's role in Enter the Dragon, a Chinese hit man, a Jimmy Carter impersonator, copious stock footage, and a British Colonel Sanders lookalike who yells, "You mean you want us to conduct peace negotiations with bugs!?" However, that's nothing compared to the crazed double whammy finale involving a new attempted plan involving "frozen bee sperm from Brazil" and a big plea in front of the United Nations that defies any kind of rational explanation.

If you loving watching actors flail around behind superimposed shots of bees and swirling coffee grounds, The Bees might be the greatest film ever made. There's nary a dull moment as Saxon and company spout some of the most deliriously goofy dialogue in animal attack history, though Carradine outdoes them all with his surreal accent as "Uncle Ziggy." On top of that most of the big attack scenes are scored with an infectious disco score, and you even get some astonishing real footage (and movie clips) of various aircraft crashing to the ground apparently at the hands of the bee army. 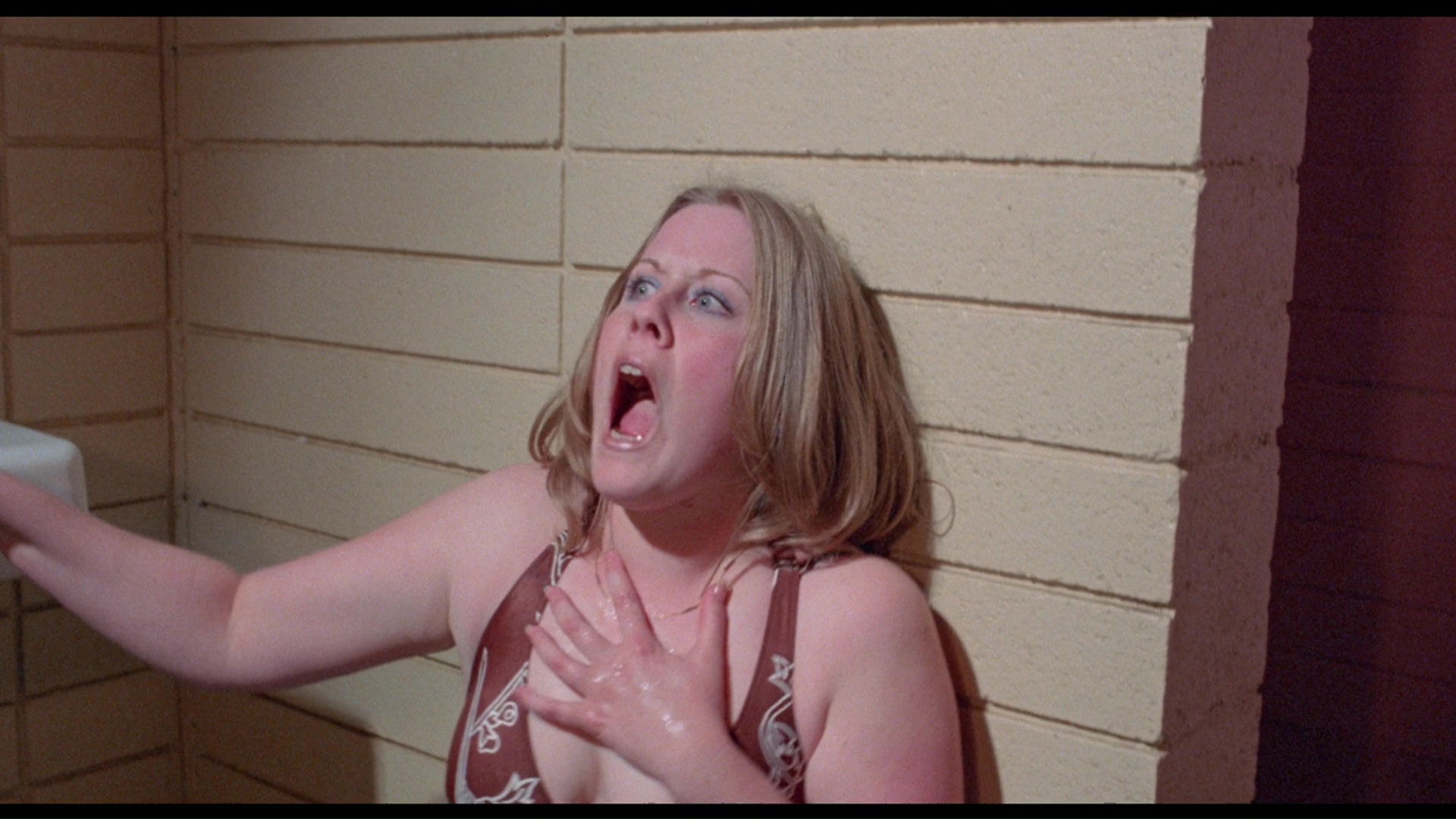 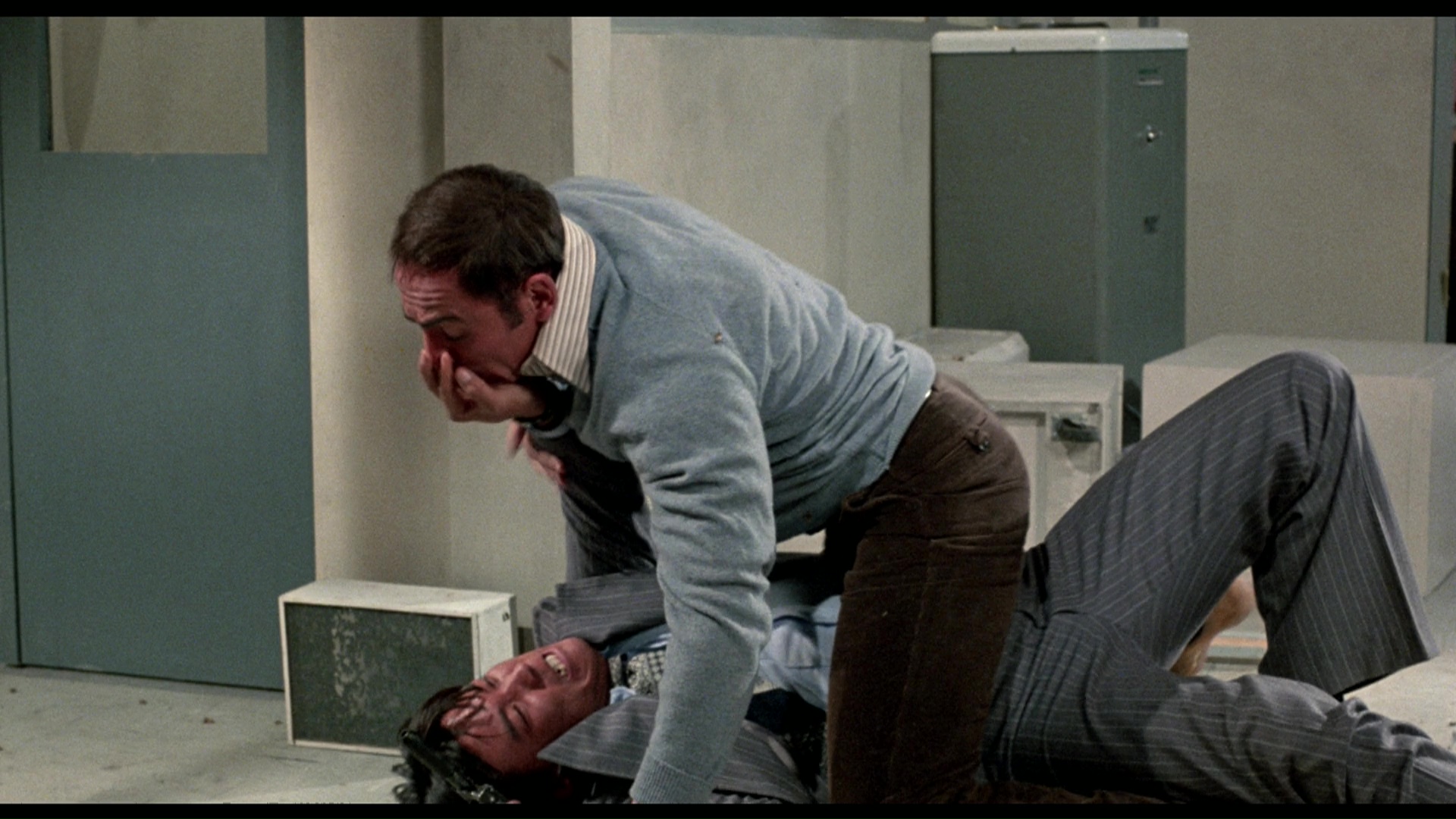 New World Pictures unleashed this puppy in theaters just before Thanksgiving in '78, with instant horror classics like Halloween and Dawn of the Dead still running around the country. Not surprisingly this PG-rated offering looked pretty goofy by comparison, but it went on to enjoy a very healthy life on VHS when Warner Bros. picked up a chunk of the New World library for those much-loved oversized green clamshell box releases. This one seemed to hang around in the horror section of every single video store throughout the '80s, but then it disappeared for decades apart from a dismal DVD bootleg off of a VHS copy from Cheezy Flicks. Fortunately the 2016 dual-format Blu-ray and DVD edition from Vinegar Syndrome looks insanely good and even blows away the original theatrical prints with a fresh scan off the negative that brings out every single imaginable detail. That also means the stock footage jumps out even more dramatically with a "swarm" of grain, but that's the inherent nature of the source. You couldn't really call this a pretty film since all the dialogue scenes are shot with static medium shots and blasted with bright lighting to make coverage easier, meaning it often plays like a '70s sitcom with occasional cutaways to bee attacks. It also runs substantially longer than the 86-minute New World release, featuring over five minutes of extra footage (mostly inconsequential but nice to have). A few seconds of alternate extended dialogue from the New World cut are missing from this cut (it's pretty un-PC by today's standards, too), so you might want to hang on to that VHS if you're obsessive about this one. The LPCM mono audio on the Blu-ray sounds great, not surprisingly, with optional English subtitles provided. Extras include the (short) New World theatrical trailer and a new 11-minute interview Zacarías, "Get Stung!," in which he discusses the approach to combining actors who spoke completely different languages (with some of it shot twice), how he took a cash offering from Warner Bros. to delay the release of this film, and what it was like working with a stable of drive-in veterans. They sure don't make 'em like anymore.