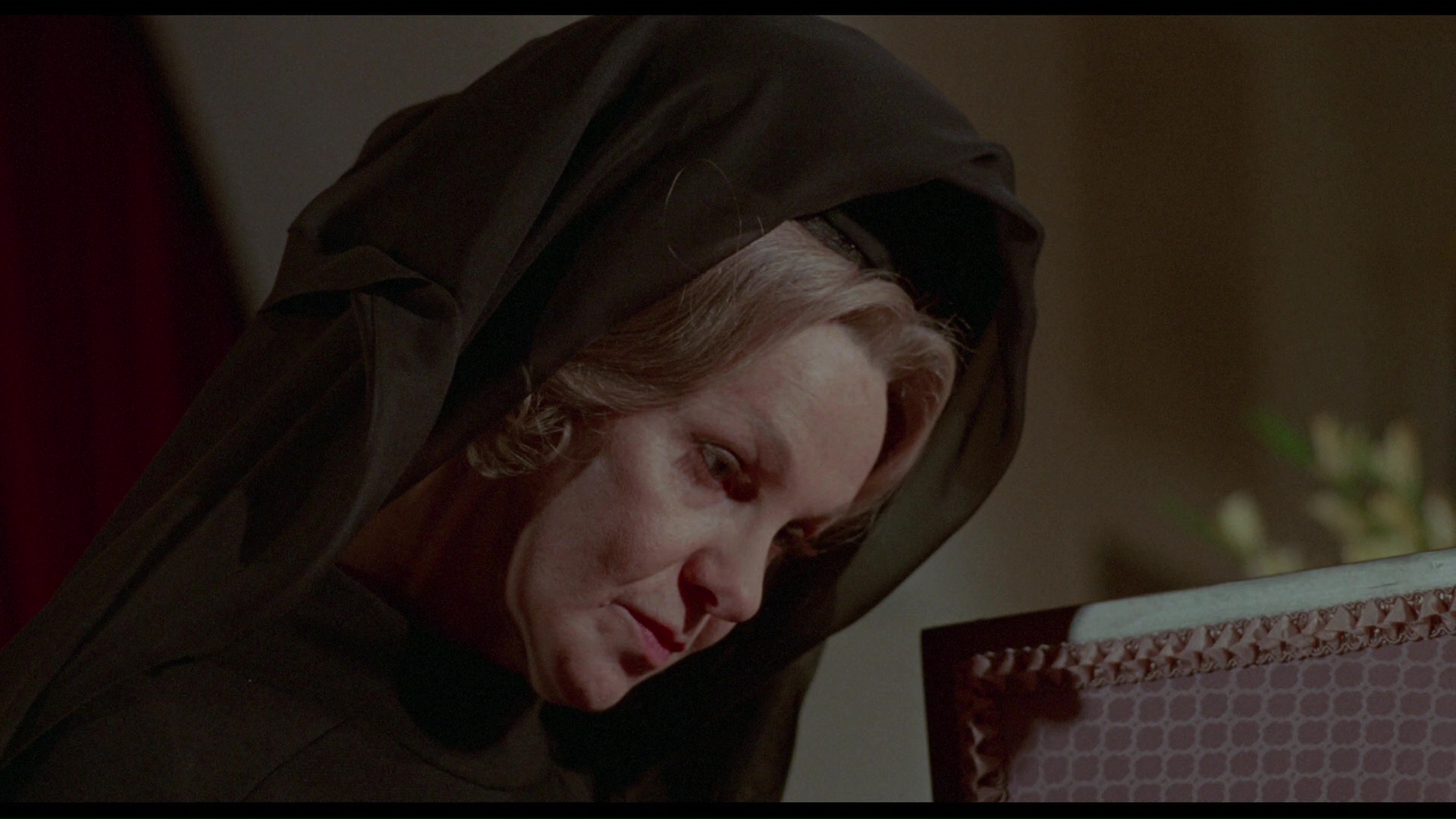 here's a fun little slice of 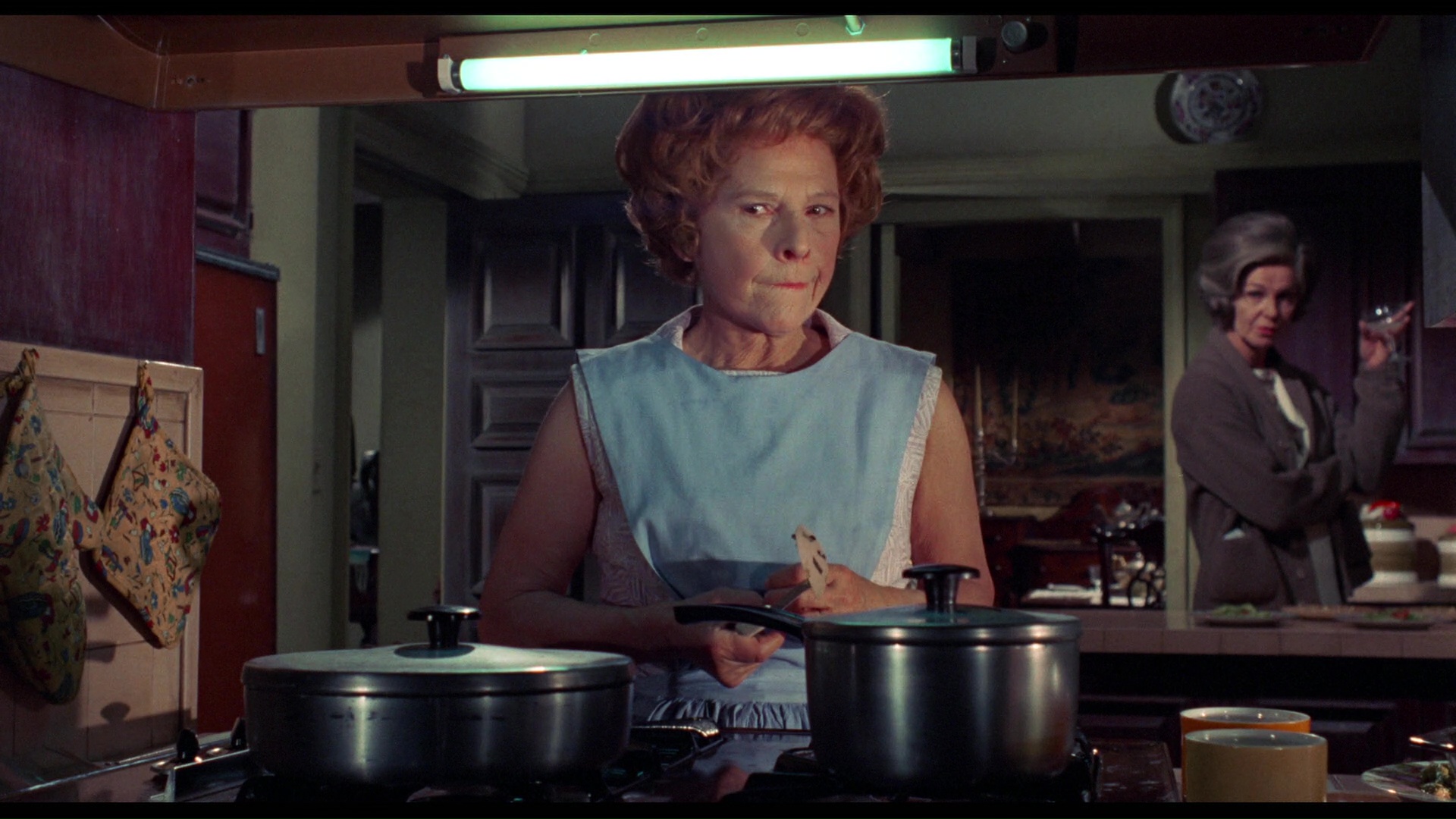 morbid thrills from the post-What Ever Happened to Baby Jane era. Geraldine Page has a field day as Claire Marrable, an Arizona socialite whose life is thrown into turmoil when her supposedly wealthy husband dies, leaving her only with a dagger, a stamp book, and a mountain of debt. Poor Claire has a hissy fit and kills off her housekeeper, then buries the body beneath a new pine tree beside her remote Tucson home. After performing a similar service for her next housekeeper, elderly Miss Tinsley (Dunnock), Claire's life begins to change. Alice Dimmock (Gordon, fresh off of her Oscar-winning turn in Rosemary's Baby) arrives to fill the now vacant housekeeper slot and seems to be a dream come true, complete with a hefty personal savings to invest in Claire's phony stockbroker scheme. Since the number of pine trees seems to be growing exponentially, Alice's days are clearly numbered. Then single mom Harriet (Forsyth) moves into the abandoned cottage next door, putting a serious strain on Claire's murderous financial plans. Harriet is also dating a race-car specialist, Mike (The Brain from Planet Arous' Fuller), who figures into the plot much more than Claire suspects.

Following the success of his so-called "horror hag" romps like Baby Jane? and Hush... Hush, Sweet Charlotte (with The Dirty Dozen thrown in there for some contrast), director Robert Aldrich stayed completely independent so he could produce pet projects like The Killing of Sister George. For this third installment in his Gothic series, he only stayed on 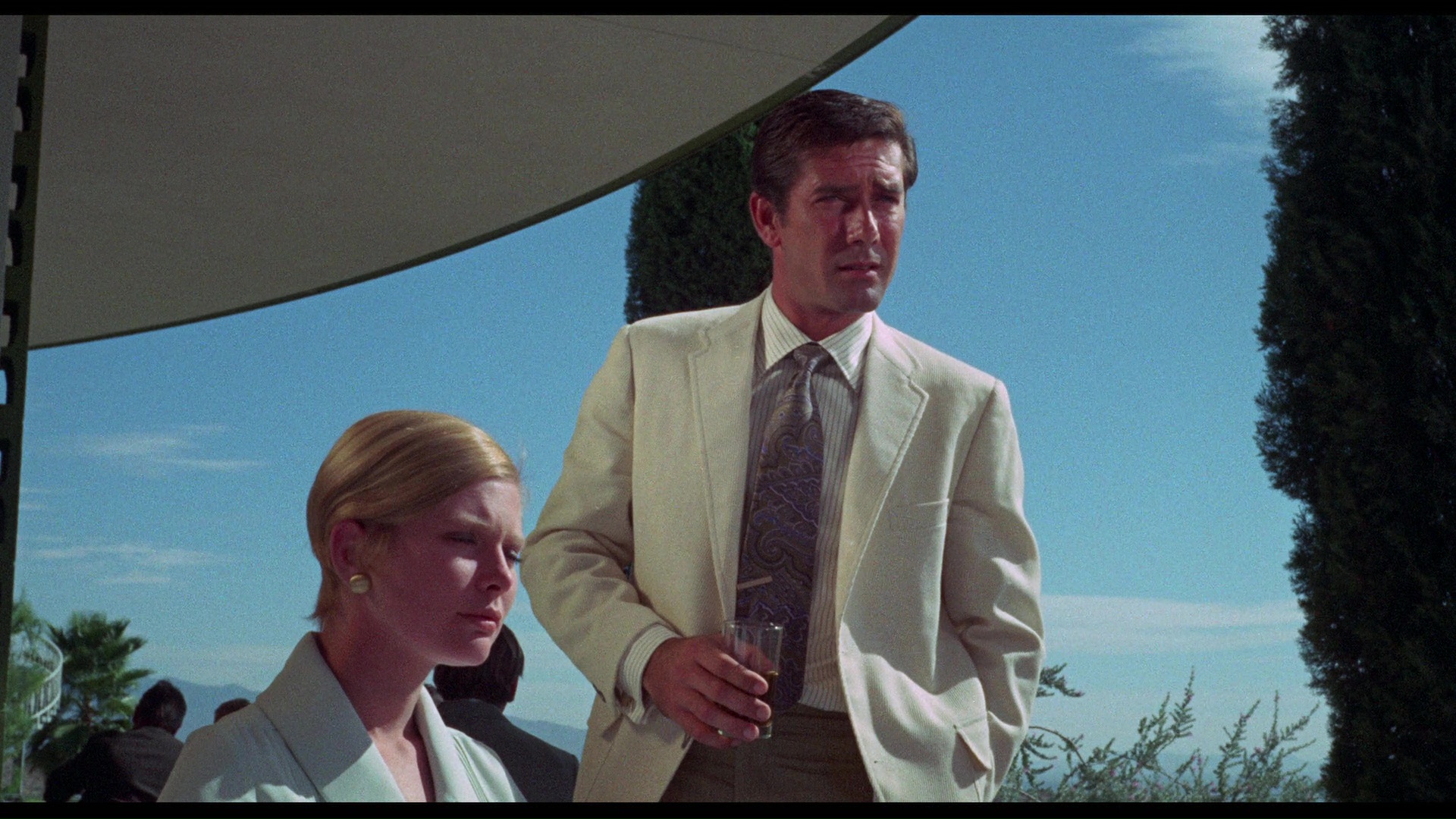 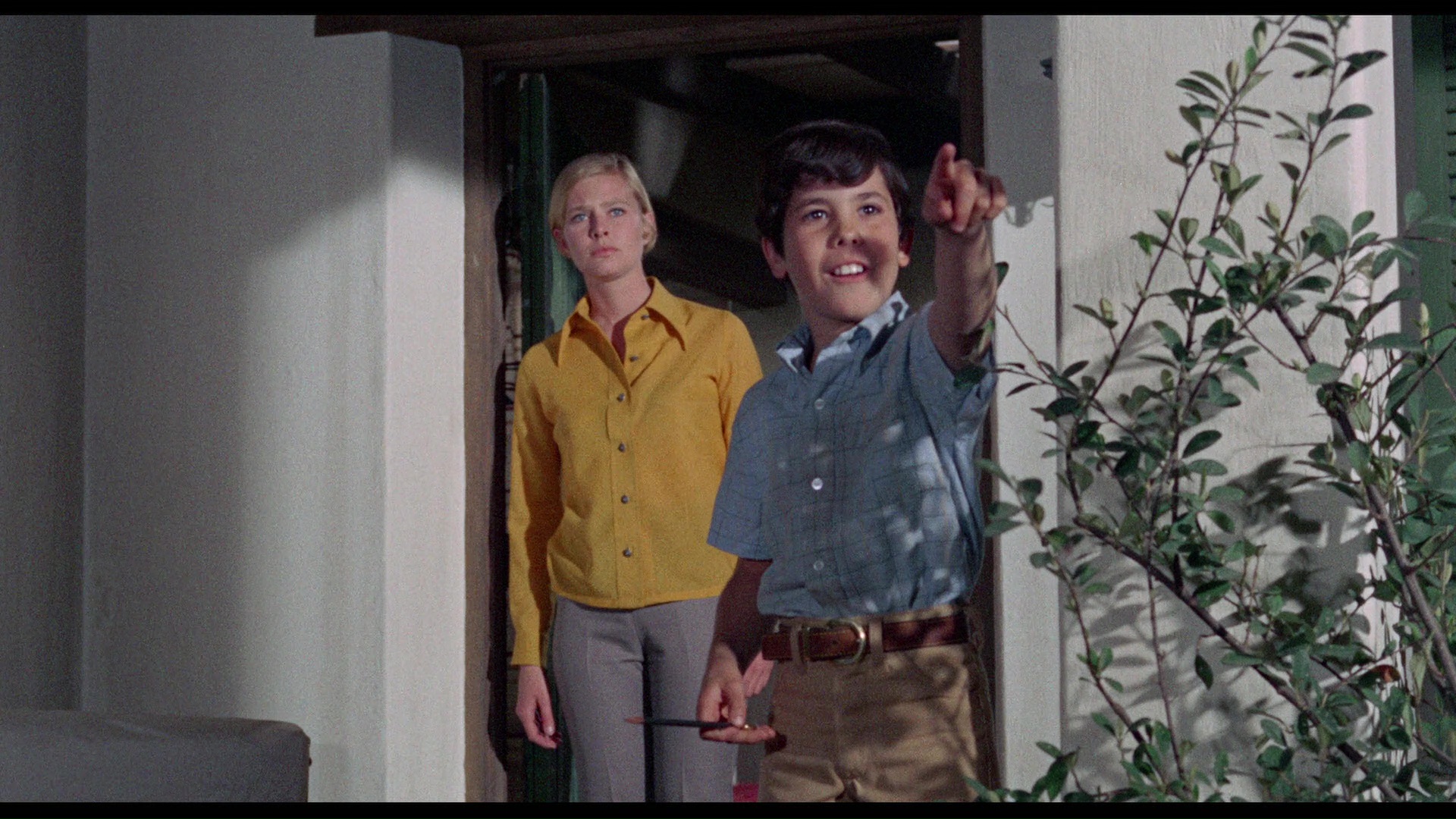 producer and turned over directing chores to Lee H. Katzin, a TV specialist who went on to do The Phynx. Katzin does a competent job here and mostly sits back to allow Page to run rampant, turning in a great villainous performance that ranks up there with her Southern belle gone bad in The Beguiled. You've just got to love any film in which Page denigrates a stray dog by declaring, "I will not have my lovingly cared for garden wrecked by that vagrant bitch!" Regular Aldrich composer Gerald Fried provides a loud, catchy score, complete with a theme song of course, and the arid desert setting produces some memorable, creepy visuals. The original "M" (or "Mature") rating was later changed to an "R" by the MPAA, though it would easily get a PG-13 today for a couple of bloodless head bonkings with a shovel. Grim it may be, but this isn't a whole lot rougher than Arsenic and Old Lace. Unfortunately even Page's show-stopping performance can't quite cover up the very anticlimactic final scene; any viewer should be able to come up with at least a dozen variations more clever than what the screenwriter finally dreamed up. However, it's a minor hiccup in an otherwise tasty melodrama with chilling overtones.

Briefly released by Magnetic Video (now Fox) on VHS in the early '80s, What Ever Happened to Aunt Alice? (credited as Whatever on the posters) was notoriously hard to see for many years. Anchor Bay's DVD from 2000 brought this film back to be savored by its cult following and hopefully win over a few new fans in the process. The 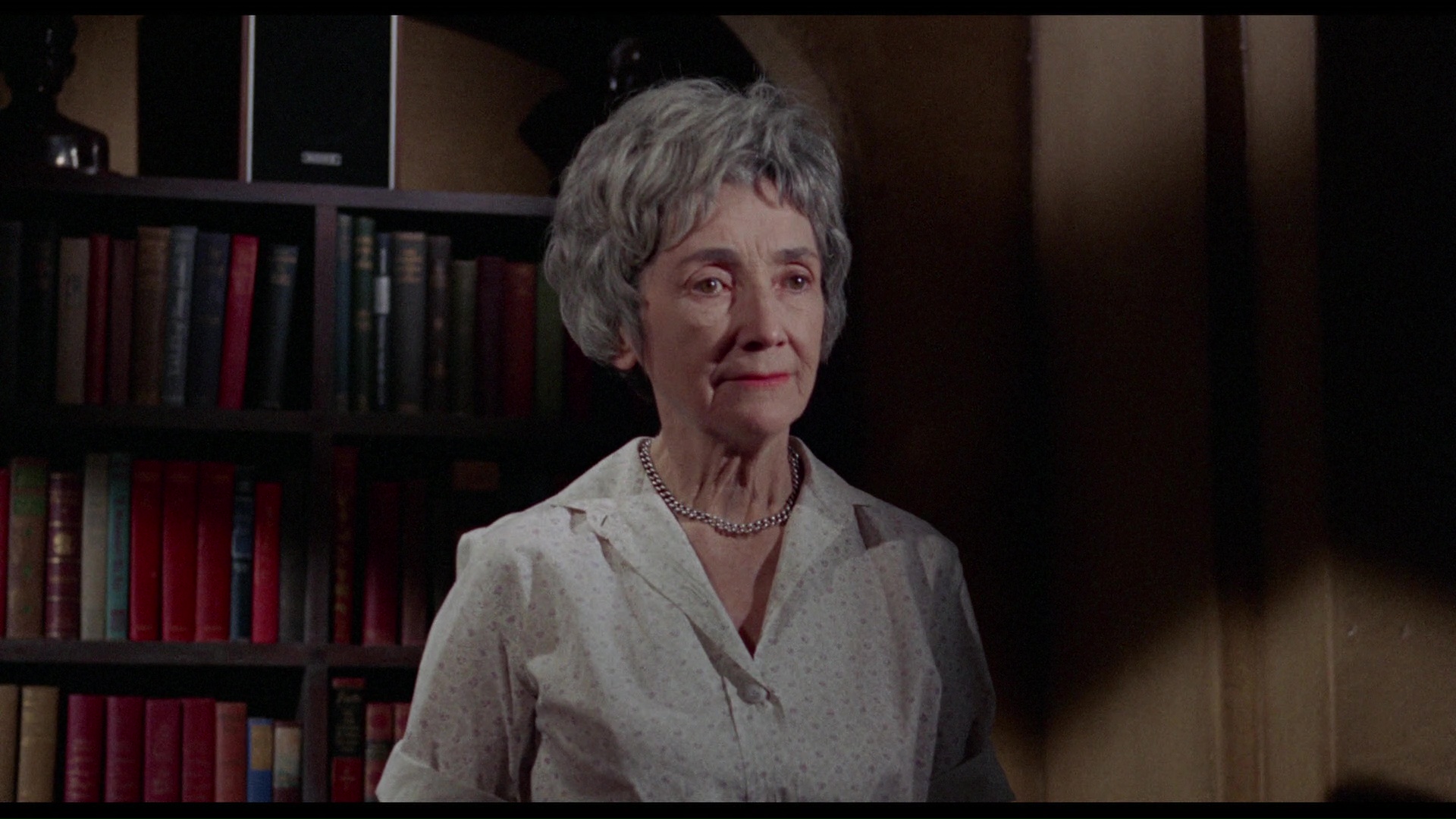 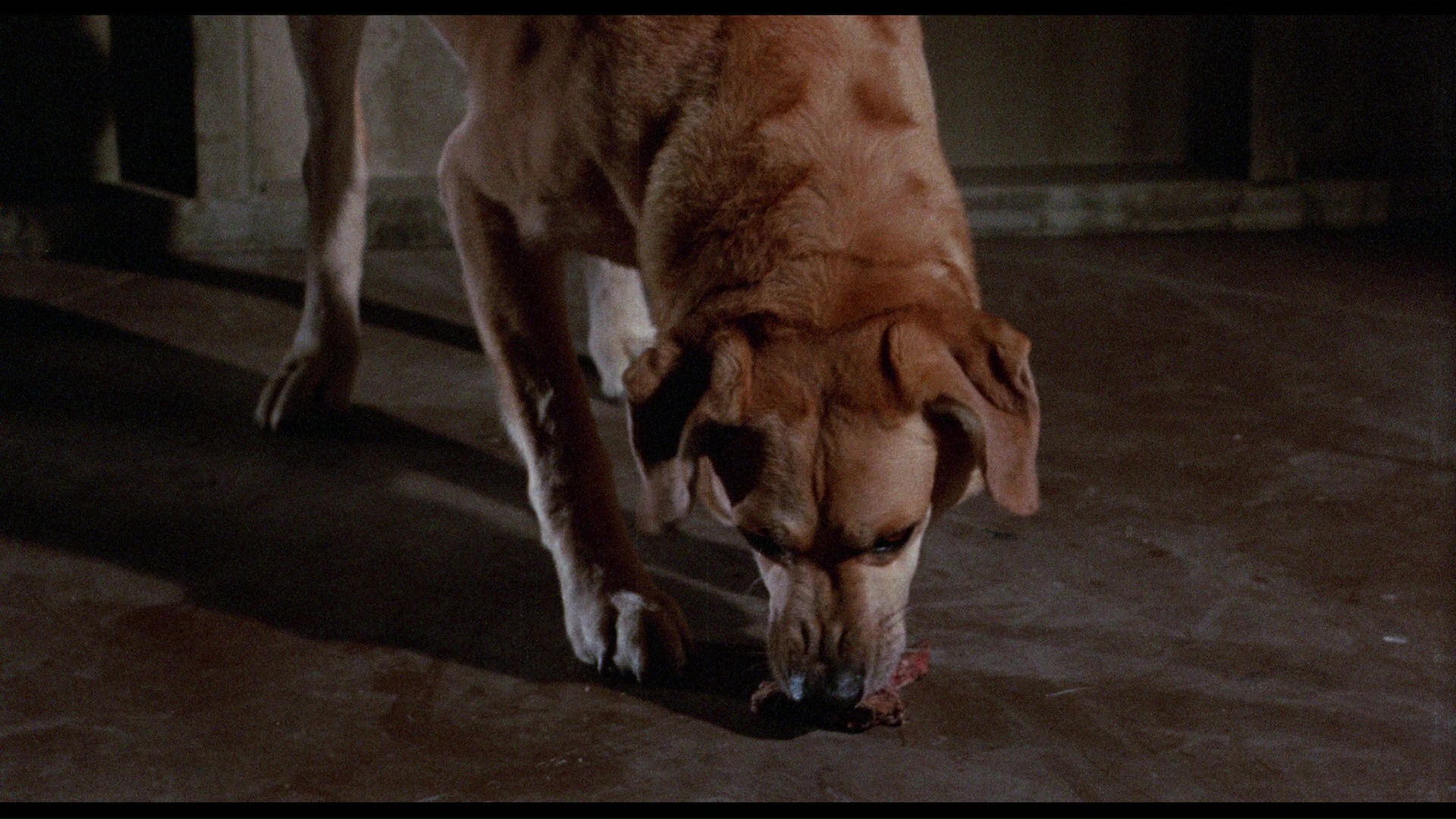 presentation looks solid for the era, with only one or two blotches on the print keeping it from opening night quality if even if the color is a bit dialed down more than it probably should be. The mono audio is fine but, as always, the music is often much louder than the dialogue and may cause lots of scrambling for the volume control. Thankfully the original trailer is included, and it's a doozy - lots of voices yelping "Aunt Alice! Aunt Alice!" during the story's more frenzied moments. The package was later reissued by MGM on DVD in 2004 and went out of circulation fairly quickly.

In 2019, Kino Lorber brought the film to Blu-ray in the immediate wake of other Aldrich films like The Grissom Gang and The Killing of Sister George. The ensuing 18 years have seen some major advances in technology so it's great to see this one get a solid upgrade, with its natural grain structure left intact and detail improving very significantly, especially in the outdoor scenes with all the sand and vegetation taking on much greater clarity. The darker interior scenes 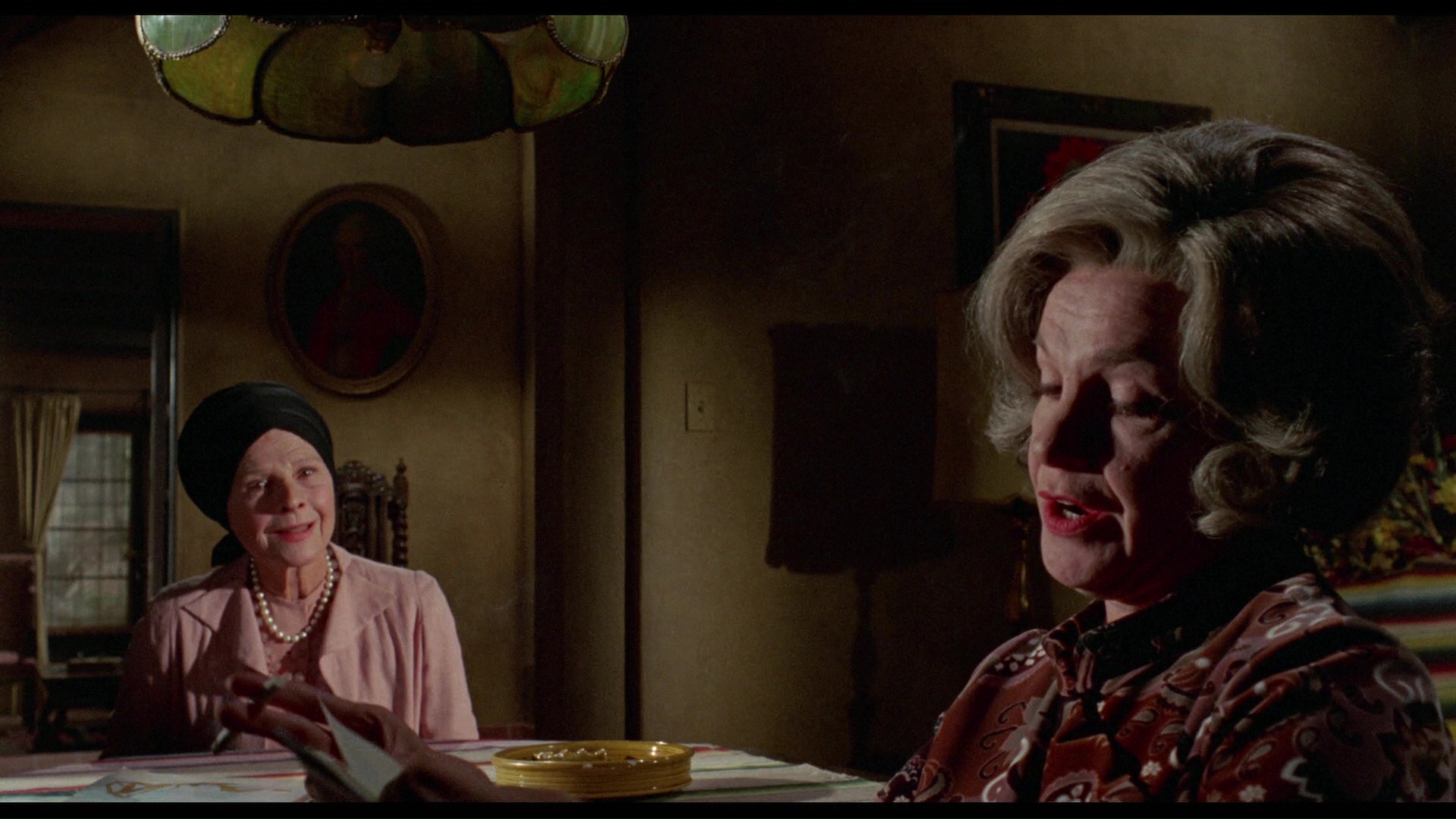 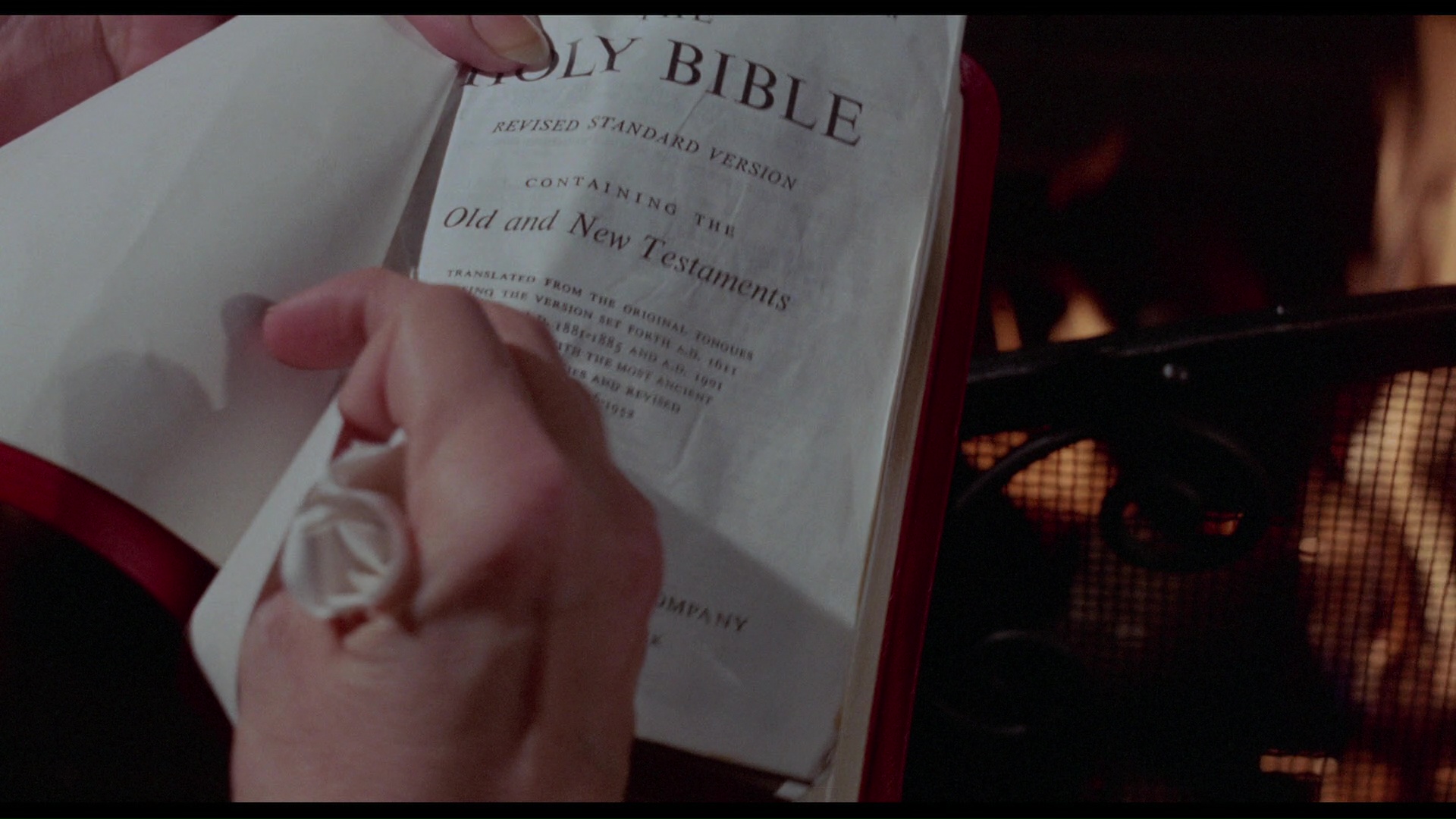 more snap as well with the shiny wood interiors registering more clearly. The DTS-HD MA English mono track sounds sharp and clear enough given that it's all basically dialogue and music, with optional English subtitles provided. The one big new extra here is an audio commentary by Richard Harland Smith, who's razor focused and articulate as always with a nicely organized and informative guide to the film including Aldrich's ill-fated attempt to forge his own cinematic way, reservations about Fried's score, the trickier source novel by Ursula Curtiss, the more troubled aspects of the production (including the replacement of original director Bernard Girard by the less-loved Katzin), and lots more. The theatrical trailer is included along with bonus ones for Burnt Offerings, Jennifer, and Whoever Slew Auntie Roo?