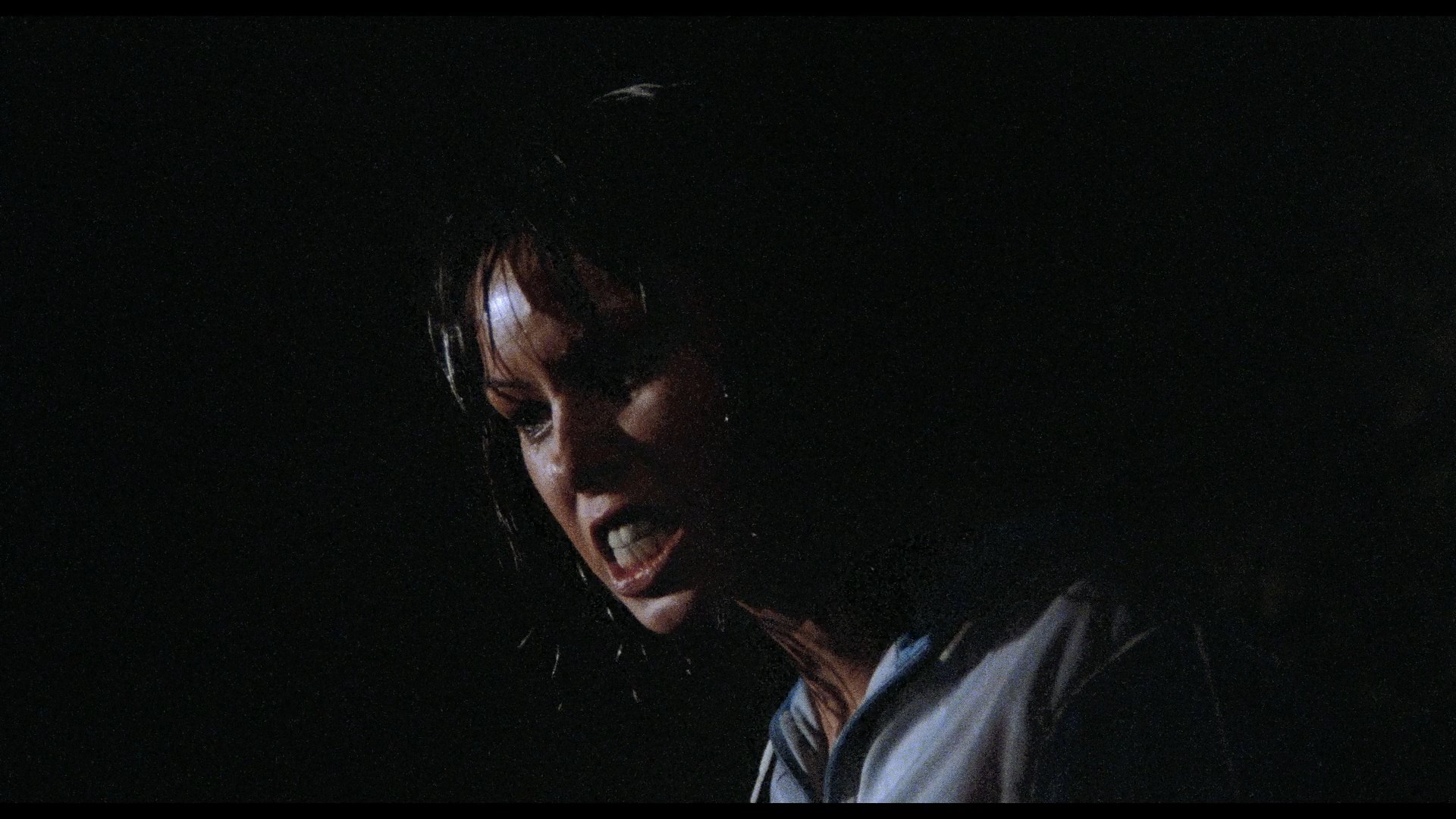 The mean streets of Los Angeles in 1984 may be no place for a woman, but that definitely doesn't apply to Billie (Mani), a karate expert first seen roughing up a couple of hoods trying to steal her hubcaps. The local crime ring is run by a thug called Scarface (Wayne), whose goons also attack Billie's 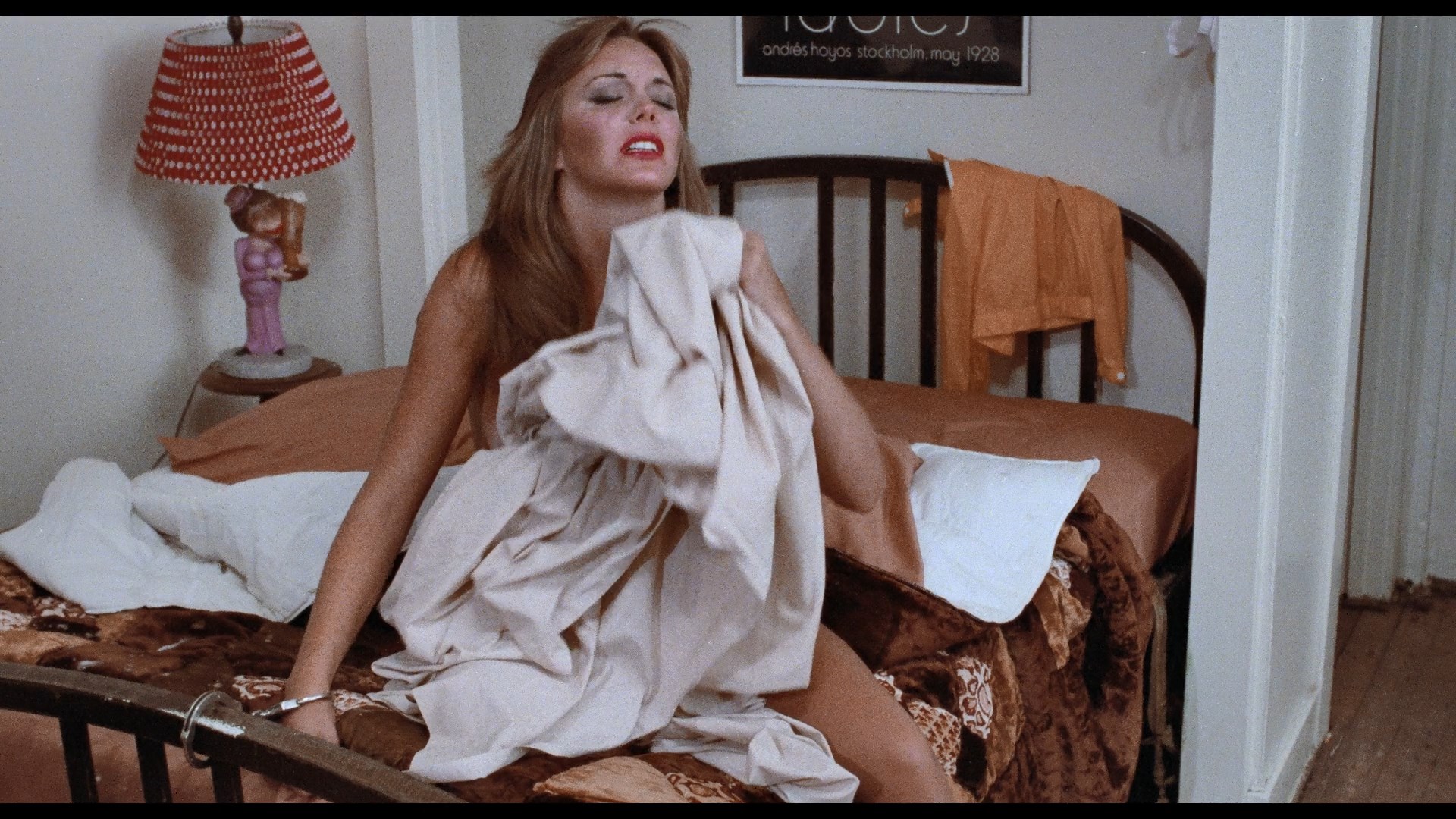 grandparents and land them in the hospital. Billie's determined to get revenge, inefficient law enforcement be damned, and she even strolls around late at night to lure criminals to their hand-chopping doom. That includes rescuing another woman from being assaulted by those pesky hubcap stealers, but Billie's possession of an unlicensed handgun lands her in the slammer where she has to fend off the advances of butch inmates and make friends with a variety of hookers and thieves. Fortunately she has a friend on the force thanks to Johnny (TV regular Torti), whom she wins over by taking a long shower in front of him with the door open. A romance blossoms, but Billie's still intent on beating the crap out of Scarface and his gang with or without her new boyfriend's seal of approval. 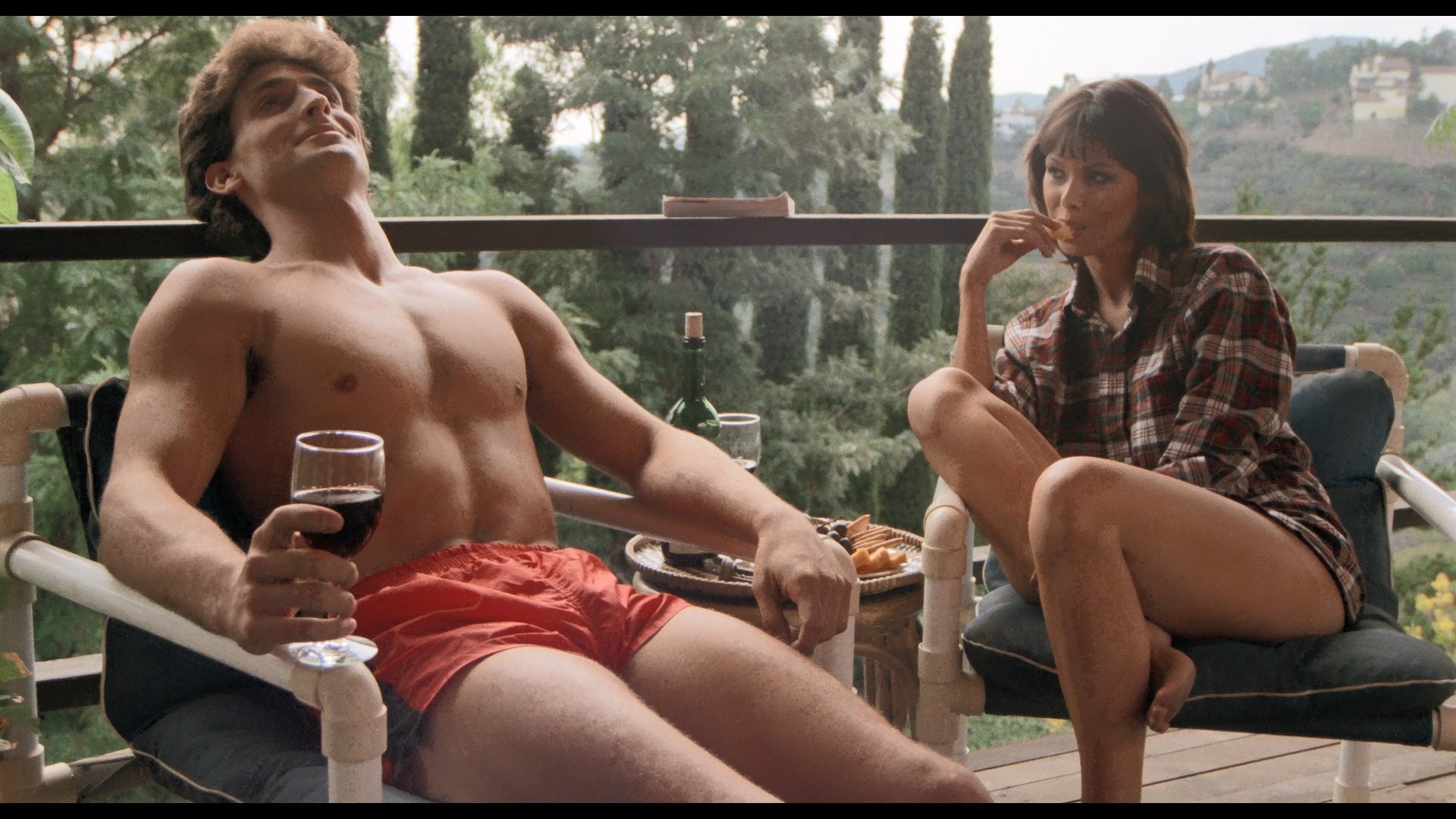 Originally begun in the early '80s as a Filipino production shot in Los Angeles, Alley Cat went through a total of three directors and wound up being produced and completed under the guidance of Film Ventures International and its head, Edward L. Montoro, who was still reeling from the financial havoc of Great White and its withdrawal thanks to Universal's lawsuit. Thanks to a nasty divorce and the troubled production and release of Mutant soon afte 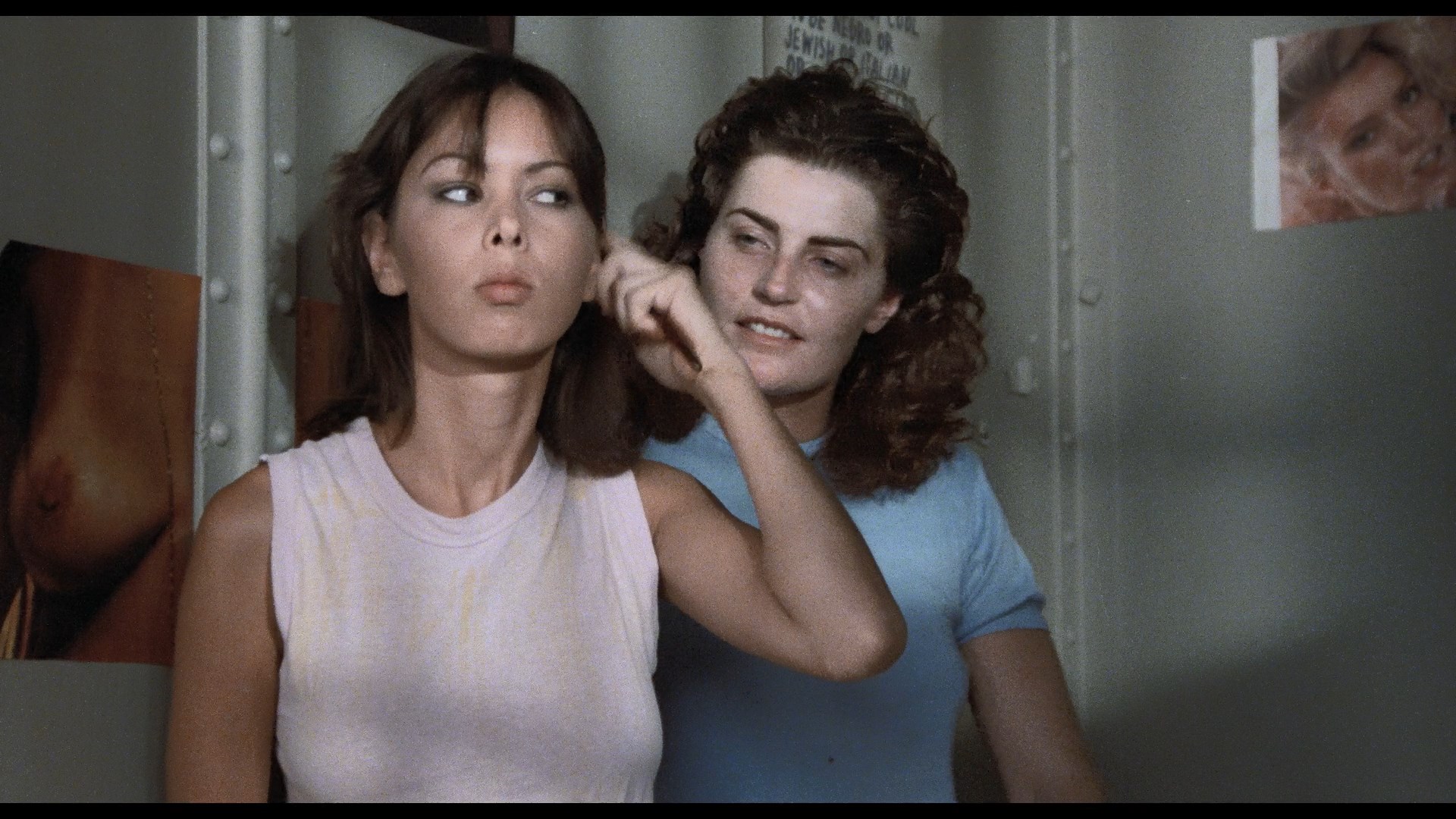 r, Alley Cat (which technically carries a copyright year of 1982 on the actual prints) finally opened in 1984 and would prove to be one of the last Film Ventures releases, with most audiences only discovering it via a VHS release from Vestron.

As an exploitation film, Alley Cat certainly delivers the goods: an action scene every ten minutes or so (usually with Mani twirling around and kicking various supporting actors), a crowd-pleasing revenge plot, and a truly startling amount of nudity after a misleadingly modest opening 40 minutes or so. The quantity of female exposure is actually so heavy you could make a drinking game out of it, including a group prison shower scene worthy of more famous titles like Chained Heat. Apart from clearly having no shyness issues, Mani actually m 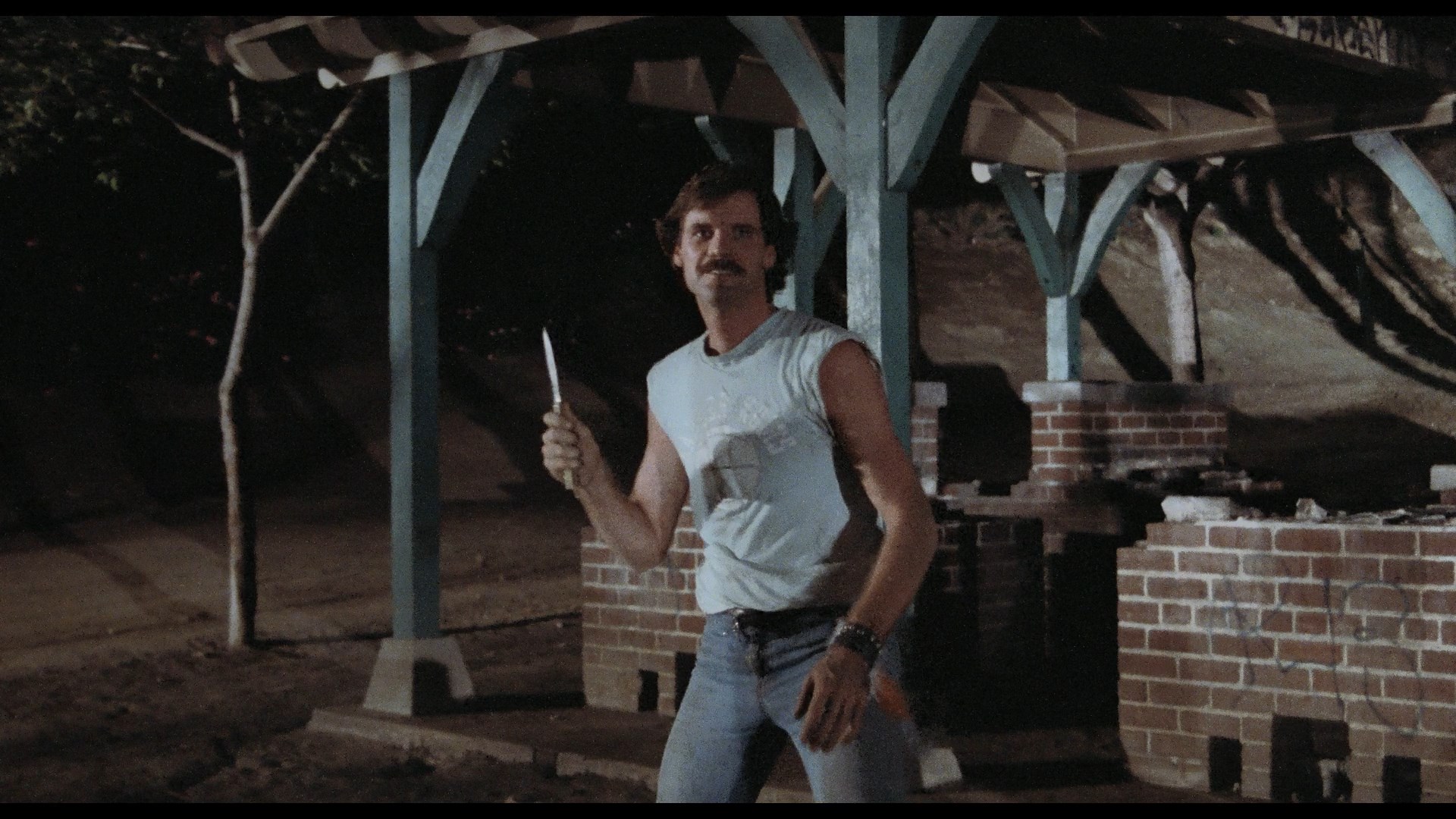 akes for a pretty good action heroine; her acting skills are limited, of course, but she's attractive and charismatic enough to keep you completely on her side even when her behavior is more than a little questionable. The on-and-off production means the whole project has a pretty cheap, sleazy air, with several scenes feeling like they were shot in whatever Hollywood apartments and empty buildings were handy at the time. Then again, who expects a movie like this to be great art?

The first DVD of Alley Cat was a pretty sorry bargain edition from Madacy, whose track record speaks for itself. We'll just pretend that one didn't exist and focus on the 2013 DVD from Scorpion, a new HD transfer more properly framed at 1.78:1 (close enough to the theatrical 1.85:1, opened up a bit at the top and bottom). The film itself looks fine where it should, with just a few blatant stock footage and second unit shots looking substandard as they always have (mainly some speeding police cars). Not surprisingly, this is presented as part of label movie hostess Katarina Leigh Waters' "Kat's Skratch Action Cinema" line, with Waters adopting a kitty persona, setting an all-time record for utterances of "mew! mew" while clawing at the camera, and reeling off trivia about the film's production and actors. She also returns for a 26-minute video interview with Igo Kantor, an exploitation jack of all trades who served as music supervisor on this film along with Kill and Kill Again, Kingdom of the Spiders, Nightmare in Wax, and Beyond the Valley of the Dolls, among many others. He also worked as a producer, composer, production manager, and editor on many other films, and he talks about many of them here including his several collaborations with Russ Meyer. Also included are the original theatrical trailer and bonus ones for the thematically similar Savage Streets, Kill and Kill Again (of course), Joysticks, Malibu High, Body Melt, The Pom Pom Girls, Tomboy, Don't Go in the House, and Don't Answer the Phone.